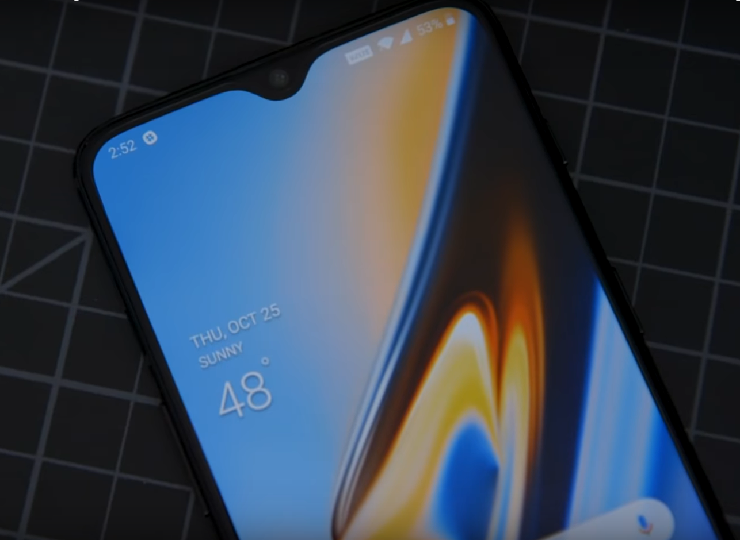 OnePlus launched its flagship device again and there’s no doubt how this device would be – High-performance specs with low price. The same mantra that OnePlus focuses on every year about getting the best performance at the best budget price still continues with the launch of its latest flagship.

OnePlus just announced its second smartphone of the year, the OnePlus 6T, at an event in New York. The device matches up with recent leaks and features a very small notch, top-end specs, and an affordable price when compared against the 2018 flagship competition.

This time OnePlus partnered with T-Mobile for the first time to sell their devices not only online but also in more than 5600 stores across the whole USA. At launch, it will be sold in mirror black and midnight (matte) black.

The OnePlus 6T comes with a 6.41-inch OLED screen with a resolution of 2340×1080 (402ppi) and 19.5:9 aspect ratio. This time OnePlus comes with an in-built fingerprint scanner named “Screen Unlock” by Oneplus. OnePlus claims it’s the fastest-performing implementation of in-display fingerprint authentication yet. Alongside this, the notch which is now a drop size notch and the chin is being narrowed down makes the screen look even more elegant.

The 6T has a dual-camera setup with 16MP and 20MP sensors and an aperture of f/1.7 for the primary lens. It offers optical image stabilization, and OnePlus is introducing a new Nightscape feature that’s meant to help improve low-light photography, which has been a weakness of prior OnePlus phones but still its been announced that this feature will be available even on OnePlus 6. A new Studio Lighting feature, developed in collaboration with photographer Kevin Abosch, similarly aims to produce more flattering portraits.

This is the main part where OnePlus focused on. OnePlus claims to continue giving a fluid, lag-free software experience. The company has a team dedicated to maintaining a rock-solid user experience for its devices. OnePlus also made a point to say that it will outperform other flagships — Samsung’s Galaxy Note 9, in particular — with smoother, more consistent gaming. But keeping in mind that OnePlus 6T has significantly lower screen resolution than Note 9.

OnePlus will be offered in 3 variants:

Also OnePlus offered a $300 off on the price tag if you exchange your smartphone amongst one of these 30.