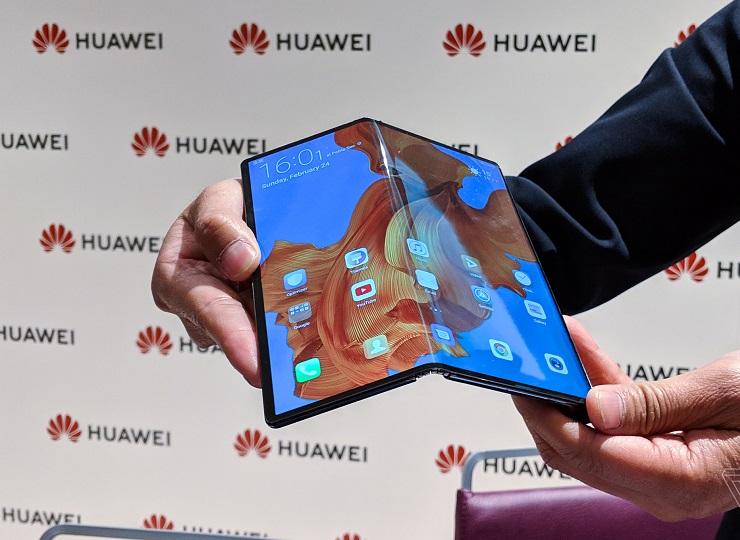 Just when the tech market is flooded with foldable devices, a new contender has come up in the supremacy war of best Foldable Smartphone with the name ‘Mate X’.

Huawei’s fascinating flagship, Mate X, which was showcased today at MWC 2019, has an 8-inch wraparound OLED display, a folded thickness of 11mm. The Mate X comes with in-house Kirin 980 processor, a battery of 4,500mAh and a formidable spec sheet highlighted by 5G. But just like Samsung’s Galaxy Fold, we only got a look at the device and got no real-time interaction with the folding smartphone. When open, the Mate X offers an 8-inch tablet display, and when closed or folded it turns into a 6.6-inch smartphone with a rear display of 6.4-inch.

With a no gap fold, the phone reserves a portion of one of the sides of the device for a thicker and better grip section that has three cameras, a flash and a push button latch that holds the phone in folded position.

Looking closely you might find out that the frame is blue and not black. The device contains two batteries one on each side providing a total capacity of 4500mAh. When you are running low, the Mate X is said to go up from 0% to 85% in the battery in just 30 minutes.

There is still a lot that we don’t know about the Huawei’s Mate X but with embracing the two biggest trends of the year, the 5G foldable smartphone is bringing everything that’s on the table.