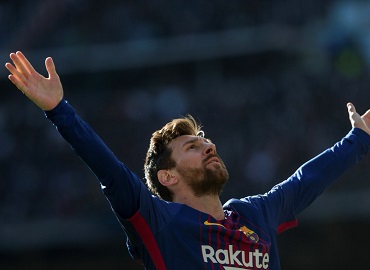 Cristiano Ronaldo and Real Madrid suffered a 3-0 defeat to bitter rivals FC Barcelona that left them humiliated at the Santiago Bernabeu.

Luis Suarez opened the scoring before Lionel Messi and Aleix Vidal sealed the win for the visitors. The Catalan giants are now 14 points clear of Zinedine Zidane’s charges as they head into the Christmas break.

The scores were tied at 0-0 till the first half, it was Luis Suarez opener that provided the much needed lead for the Barcelona. Then it was Messi who came up with another brilliant performance and scored a penalty. Aleix Vidal was the third scorer form Barcelona as he sealed the victory for the visitors.

But Messi also set some new records, with most goals and assists in El Clasico and also the player to score mot goals against Real Madrid.