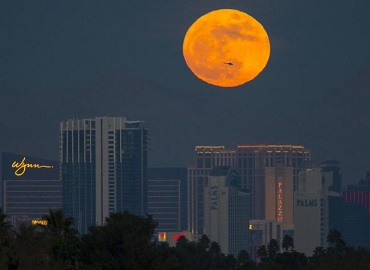 We have already seen a supermoon this month on 1st January, but what adds to rarity is that another supermoon with blue moon phenomenon is happening with a total lunar eclipse and this has given this event a strange name a blue blood moon eclipse.

Last time these events happened was in the 19th century. When the event will take place, it will be Pacific Ocean faced towards the moon. Central and eastern Asia, Indonesia, New Zealand and most of Australia will get a fine view of this moon show in the evening sky. Heading farther west into western Asia, the Indian subcontinent, the Middle East and Eastern Europe, the eclipse will already be underway as the moon rises.

A “Supermoon” is a phenomenon when moon is full as well as is at the closest point to the earth. The full moon on January 31st is called a “Blue Moon”. This only happens every two to three years on average. This blue moon will cause a total lunar eclipse known as “Blood Moon”.

NASA has took this opportunity to encourage people to study the moon on these rare lunar events. Noah Petro, a research scientist from NASA’s Goddard Space Flight Centre said:

“The supermoons are a great opportunity for people to start looking at the moon, not just that once but every chance they have”.