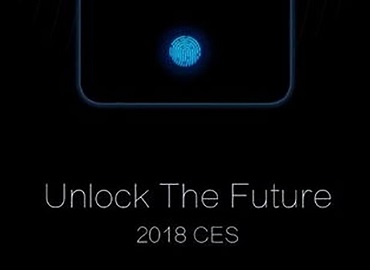 Vivo recently announced that they will be coming with the first smartphone that will be having fingerprint scanner under the screen. Vivo has decided to unveil this smartphone on Wednesday at CES 2018.

They have come out with a promotional image with a smartphone showing fingerprint scanner in middle of the screen with a phrase ”Unlock the future Underneath”.

Qualcomm has also announced last year that they were working on in-screen fingerprint technology. Chinese company Vivo announced it would be using the tech to build a prototype, which it showed off only a few days later. Setting up your fingerprint on the prototype took a long time, and your fingers needed to be in fairly specific placement to get the scan to register, but it showed real promise.

Industry analyst Patrick Moorhead recently revealed that Vivo was also working with Synaptics to add a fingerprint sensor to their panels and said Vivo would be the first to market with this technology. It looks like they have now perfected the system, at least well enough to put it into a smartphone presumably going to market sometime this year.

There are also rumors that Samsung Galaxy S9 will also be featuring in-screen fingerprint scanner, but these all are just rumors and we will have to see until the phone actually launches.