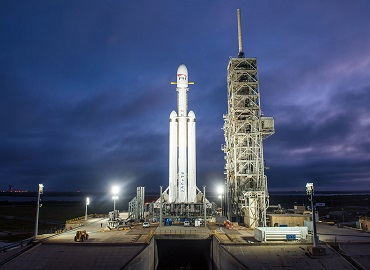 How much do you know about the great Falcon Heavy launch

It was seven years ago when SpaceX CEO Elon musk though of developing a vehicle like falcon heavy. Now it has become the reality. The launch that can be a potential game changer for both SpaceX and the Space industry is scheduled to be launched today. The current topic is that do you know what is falcon heavy? And how does it affect you and the space industry? Here are the answers:

How Falcon Heavy does matters to me?

Just Imagine this thing, sending more stuff into space means that it will give more openings to the space industry. The dream of space tourism will now seem to be a reality and this means that you will soon be able to go to space for your summer holidays!

The national space organisations such as NASA will also be giving a close look to this launch, thus if this launch is successful, the space industry will get a new lifeline. SpaceX also says that they are also working of making space tourism possible if this launch becomes successful.

What will happen if the mission is failed?

Well, that will be a major setback for SpaceX. If it blows up after the launch, then it would certainly mean that SpaceX needs to work more on it. But if the Falcon heavy blows before the launch, then the repercussions would be really bad. The launch pad will take almost an year to it repaired again and the launches from this pad won’t be possible for few month. Just SpaceX would wish that at least it should not give any problems while the launch.

When and When I can watch the launch?

Well now the launch is scheduled on Tuesday. The launch window is 1:30PM to 4PM (ET).Weather is expected to be clear and the launch will be streamed live on the YouTube. The link for the live stream is present in this post. Our team is closely monitoring the launch of this Falcon Heavy and will give you more information as it is launched. Till then stay tuned with KNine Vox for latest updates.