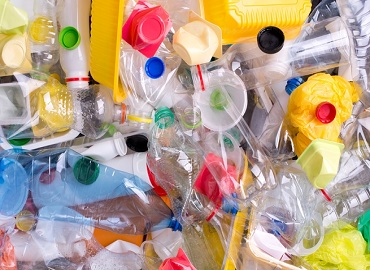 A team of international scientists has discovered an enzyme that has the capability of eating plastic. It was the first breakthrough discovery with the aim of getting rid of plastic waste that has been creating problems for the ecosystem. According to a report, more than 300m tonnes of plastic waste in produce by our world in one year that harms our ecosystem drastically.

This discovery came from a recycling plant in Japan and this enzyme has the capability of eating most common type of plastic which is PET.

This discovery was completely by accident and it was a result of a mistake. But this mistake has opened a whole new study in science.

Professor John McGeehan, who is X-Ray crystallographer for the University of Portsmouth, said that “We actually thought we were making the enzyme slower by changing a few amino acids but actually we’ve made it faster,” We’ve made an improved version of the enzyme better than the natural one already. That’s really exciting because that means that there’s potential to optimize the enzyme even further” he added.

Scientist says that it’s a really long way to go but the breakthrough has come. There was no clue how to deal with plastic waste. We cannot mark it as a success until and unless we can generate this enzyme on a large scale or a commercial scale. Another thing that comes in the way is that this enzyme has the capability of eating up only PET plastic type and there are no solutions for the other type of plastic material waste.

The professor also said that “This is what we’re aiming to do. So just in the same way that washing powder detergents were developed and made more stable, being able to work at high temperature or low temperatures, we’re going to do the same with this enzyme and hopefully create something that we can use on an industrial scale.”

Let’s see how scientists get through this discovery and how they fight against the plastic waste problem. Till then stay tuned with Kninevox for more updates and news.