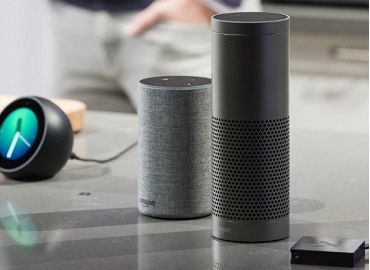 Amazon Alexa creeps owner out with a chilling statement

Amazon had launched its Echo smart speakers four years ago, and the assistant has since received a lot of updates that enable it to do a lot of stuff. Amazon Alexa is a virtual assistant developed by Amazon to make our lives easier. With Alexa, you can build natural voice experiences that offer customers a more intuitive way to interact with the technology they use every day. Using Alexa is as simple as asking a question. Just ask to play music, read the news, control your smart home, tell a joke, and more—Alexa will respond instantly. Alexa lives in the cloud so it’s always getting smarter, and updates are delivered automatically. The more you talk to Alexa, the more it adapts to your speech patterns, vocabulary, and personal preferences. Alexa comes included with Echo and other Alexa devices.

But can this technology be in any way, be dangerous to us?

Looking at the recent reports minor worries about robots are rising up. Last year it was reported that Alexa threw a party on its own in an empty flat. In the latest case, a 30-year-old man from San Francisco claims his Amazon Echo blurted out a chilling message, totally unprovoked: ‘Every time I close my eyes all I see is people dying.’

The statement was followed by ‘the most uncomfortable silence I have ever felt,’ Shawn Kinnear told Metro US – and when asked to repeat what she’d said, Alexa replied that she did not understand.

That could mean that Alexa started to question the owner as to why should she repeat herself. This haunting outburst by the echo left the owner to do nothing but unplugging the device.

This isn’t the first time Amazon’s smart assistant has left owners feeling unsettled with its behavior. Earlier this year, several Echo owners reported that their devices were letting out ‘bone-chilling’ laughter, and flat out ignoring their commands.

Another incident that took place was that an Amazon Echo smart speaker sent a family’s private conversation to a friend without their knowledge last month.

Security experts have warned the people that these devices may not be well for the privacy and security of the users. ‘Users should check their routers for rules that might provide outside access to devices and folders on the network,’ the researchers said.

‘If access is needed, it should be limited to as few devices as possible.

‘They should enable password protection on all devices if possible and replace default passwords immediately with stronger one.’