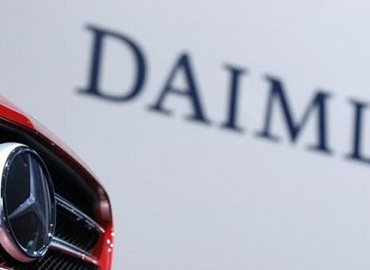 Automakers are splitting themselves to better compete with Silicon Valley

Daimler AG, the parent company of Mercedes-Benz, is splitting itself up into three companies in order to make itself “fit for the future, for those who don’t know.

Daimler-Benz AG was a German manufacturer of motor vehicles and internal combustion engines, which was founded in 1926. An Agreement of Mutual Interest – which was valid until 2000 – was signed on 1 May 1924 between Karl Benz’s Benz & Cie. and Daimler-Motoren-Gesellschaft, which had been founded by Gottlieb Daimler and Wilhelm Maybach. Daimler had died in 1900, and Maybach had left in 1907.

Daimler’s views after its split with Mercedes are it says it hopes to give each one more “entrepreneurial freedom,” stronger “market and customer focus,” and the ability to strike up “faster and more flexible partnerships”

Daimler AG will carve itself into three separate units in its biggest overhaul in a decade as the Mercedes-Benz car and truck maker seeks to adapt to the unprecedented shift to self-driving and electric vehicles.

The need for change was evident in the German manufacturer’s second-quarter figures that showed another slump in earnings following on from the first three months of the year. Daimler warned that trade barriers, new European emissions tests, and pricing pressure will weigh in the coming months.

Daimler, also the world’s biggest commercial vehicles maker, remains under scrutiny over its practices on diesel emission for passenger cars in Europe. Germany’s government ordered the carmaker to recall 774,000 vehicles in Europe over the alleged use of illegal defeat devices to circumvent emissions regulation.

Daimler quickly recovered, and there is a reason to believe these decisions really could help these automakers in the long run, according to ARK Invest analyst Tasha Keeney.

Daimler quickly recovered, and there is a reason to believe these decisions really could help these automakers in the long run, according to ARK Invest analyst Tasha Keeney.