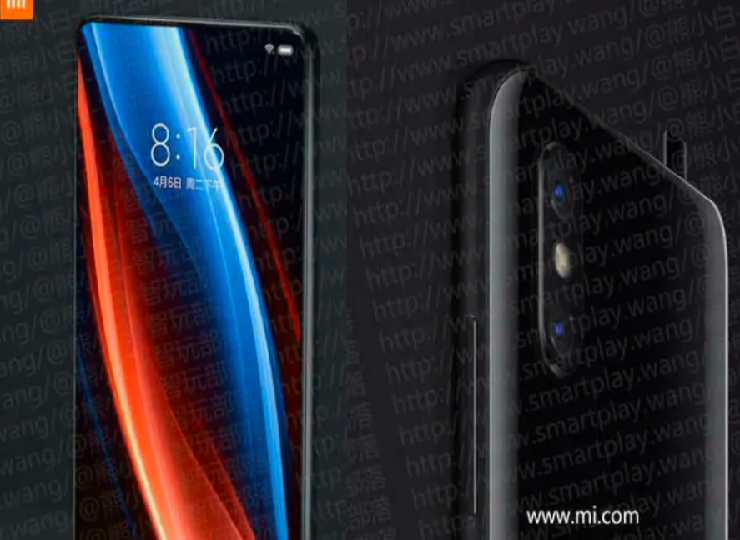 Xiaomi never fails to amaze us, nor does it like to be left behind. Mi Mix 3 could be one of the upcoming smartphones from Xiaomi. The MI Mix 2 was launched by the Chinese manufacturer back in September 2017, and this year’s model is expected to arrive around the same time. Although there is no official announcement regarding the upcoming handset, rumors have already been leaked surrounding the Xiaomi Mi Mix 3.

Interestingly, according to fresh leaks, the Mi MIX 3 will arrive with a pop-up selfie camera along with an LED flash and an under-display fingerprint scanner, similar to the recently launched Vivo Nex.

The image leaks show a large display, suggesting that Xiaomi might have a 6.99-inch display for the Mi Mix 3. In addition, these images represent a true bezel-less design, as one can find a large screen-to-body ratio, expected to be over 90 percent like Oppo and Vivo. The images do not reveal any fingerprint sensor, suggesting that the Mi Mix 3 could have an in-display fingerprint scanner.

Apart from the front design, there are leaked renders of the rear panel as well, first of which, reveals a vertical dual-camera setup. It interesting to note that the bottom bezel appears to be the same as the other sides, suggesting the absence of a chin.

There are no details yet on the specifications of the smartphone. Yet it can be said that the Mi Mix 3 will be powered by the Snapdragon 845 processor.