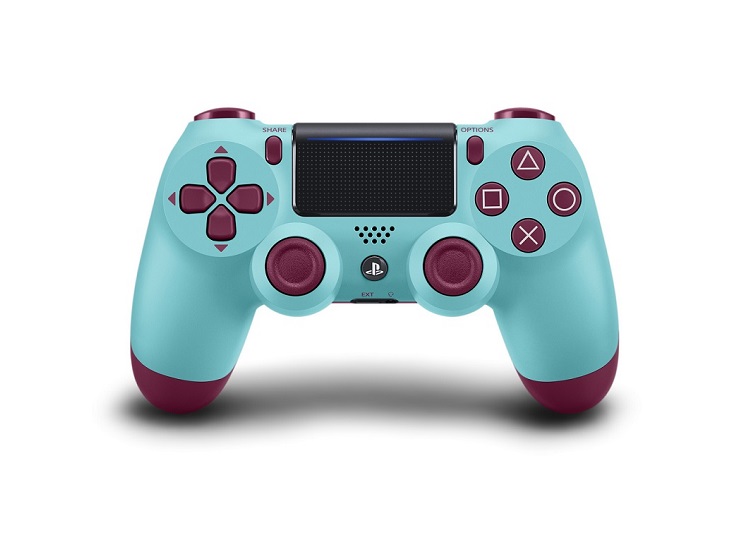 Sony added a range of new colors to their collection, basically The four options are berry blue, sunset orange, blue camouflage, and copper. Sony keeps experimenting with new stuff all the time. These awesome new colors will be available and will be on sale in the US and Canada in September, that will be priced at about $65. The production of these new controllers is not done by the company Sony itself. The feel, shape, and sensitivity of the DualShock 4 analog sticks and trigger buttons have been enhanced to offer players absolute control for all games on PlayStation.

The Dual Shock 4 Wireless Controller for PlayStation 4 defines this generation of play, combining revolutionary features and comfort with intuitive, precision controls. Evolved analog sticks and trigger buttons allow for unparalleled accuracy with every move while innovative technologies offer exciting ways to experience your games and share your greatest moments.

If a plain black PlayStation 4 controller just isn’t exciting enough, Sony’s got some brand-new options for you.

Sony announced the new controllers on Twitter and people are already picking their favorites. Microsoft has the Xbox Design Lab for customizing Xbox controllers. It boasts over a billion color combinations. It also has team logos and designs inspired by various Xbox titles like “Sea of Thieves,” “State of Decay 2,” and “Forza Motorsport 7.”

The Nintendo Switch launched with bright neon red and blue Joy-Cons. It also officially comes in neon yellow and neon pink and green. But, this feels like the first time Sony has delved into the funkier end of the color spectrum. Sony gives out these brilliant colors which might affect the sales of PS4 pro in the market.