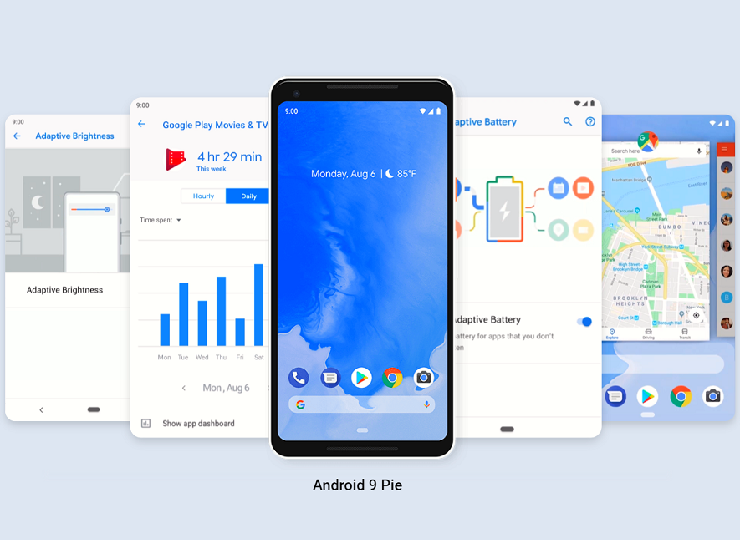 Google Pixel phones to get Android 9 Pie from today

Google typically names its new flavors of Android alphabetically and after something sugary. the P is for Pie. Android 9 adapts to you and how you use your phone, learning your preferences as you go.

According to THE VERGE, Google has announced that the final, shipping version of the newest Android update is available for all Pixel phones today. And, as usual, it has announced a name to go along with the over-the-air update: “Android 9 Pie.”

Android 9 Pie’s headline features are the same ones that we revealed back in May: a “Digital Wellbeing” dashboard, a new gesture-based navigation system, and other AI-enhanced improvements to the UI. It also received many subtle improvements to the overall look of the software, including a new status bar that’s designed to work better with notches.

Your experience gets better and better over time, and it keeps things running smoother, longer. Android Pie, the new version of Google’s mobile operating system, previously called Android P, all the android updated always comes first to the search giant’s Pixel smartphones starting Monday.  The new feature comes as Silicon Valley tries to combat tech addiction. People check their phones an average of 47 times a day, according to a survey by Deloitte released in November.

Android 9 aims to make your phone even smarter by learning from you and adapting to your usage patterns. That’s why Android 9 comes with features like Adaptive Battery, which learns the apps you use most and prioritizes battery for them, and Adaptive Brightness.

And now Android 9 Pie is officially available for Pixel owners. The release follows a public beta program with 140,000 users.