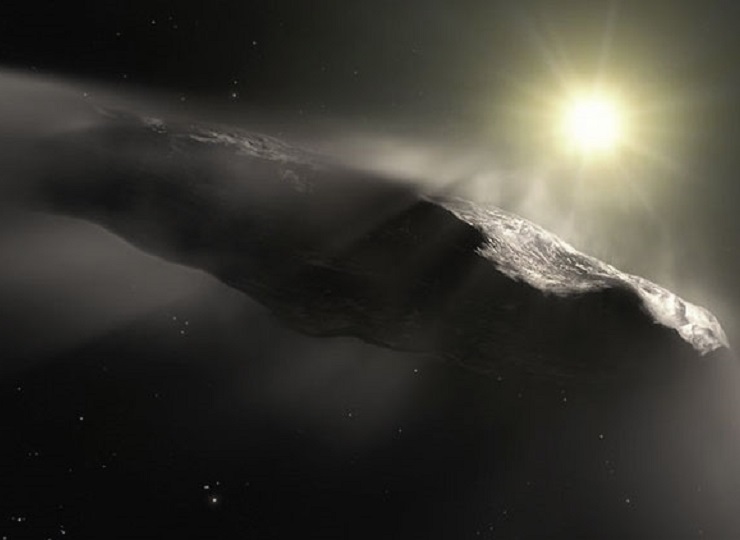 Interstellar object Oumuamua may be an alien probe

The first interstellar object Oumuamua discovered in our solar system was first thought be a comet but a new study by Harvard suggests that it might be an alien probe sent to investigate earth. The study noted the possibility that the elongated dark-red object, which is 10 times as long as it is wide and travelling at speeds of 315,364 km per hour (kph), might have an “artificial origin” As the first known object of its type, ʻOumuamua presented a unique case for the International Astronomical Union, which assigns designations for astronomical objects.

“Oumuamua may be a fully operational probe sent intentionally to Earth vicinity by an alien civilization,” according to the paper forthcoming in The Astrophysical Journal Letters.

“Oumuamua showed unusual features since its discovery. These features make Oumuamua weird, belonging to a class of objects that we had never seen before,” said Abraham Loeb, from the varsity.

“Oumuamua deviates from a trajectory that is solely dictated by the Sun’s gravity. This could have been the result of cometary outgassing, but there is no evidence for a cometary tail around it. “The excess acceleration of Oumuamua was detected at multiple times, ruling out an impulsive kick due to a break up of the object,” he said.

Oumuamua, which means “a messenger from afar arriving first” in Hawaiian, was discovered on October 19, 2017. In the new study, scientists researched on the extra force exerted on Oumuamua by sunlight. In order for it to be effective, Oumuamua needs to be less than a millimeter in thickness, like a sail.