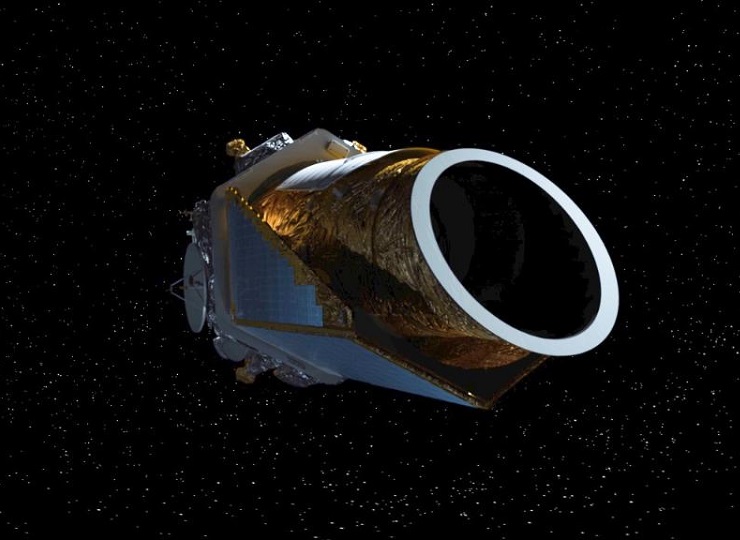 Kepler telescope declared dead after running out of fuel

The Kepler telescope was sent into space by NASA about ten years ago. In this lifespan, it discovered 2,681 planets outside our solar system and even more potential candidates. It showed us rocky worlds the size of Earth that, like Earth, might harbor life. It also unveiled incredible super-Earths: planets bigger than Earth but smaller than Neptune.

But the planet-hunting spacecraft is out of fuel after finding that the galaxy contains more planets than stars, many of which may be suitable for the development of life. Its ability to point at distant stars and identify possible alien worlds worsened dramatically at the beginning of October, but flight controllers still managed to retrieve its latest observations. The telescope has now gone silent, its fuel tank is empty.

NASA’s astrophysics director Paul Hertz estimated that anywhere from two to a dozen of the planets discovered by Kepler are rocky and Earth-sized in the so-called Goldilocks zone. But Kepler’s overall planet census showed that 20 to 50 percent of the stars visible in the night sky could have planets like ours in the habitable zone for life.

“It has revolutionized our understanding of our place in the cosmos,” Hertz said. “Now we know because of the Kepler Space Telescope and its science mission that planets are more common than stars in our galaxy.”

The resurrected mission became known as K2 and yielded 350 confirmed exoplanets, or planets orbiting other stars, on top of what the telescope had already uncovered since its March 7, 2009, launch from Cape Canaveral.

Now 94 million miles from Earth, Kepler should remain in a safe, stable orbit around the sun. Flight controllers will disable the spacecraft’s transmitters, before bidding a final “good night.”