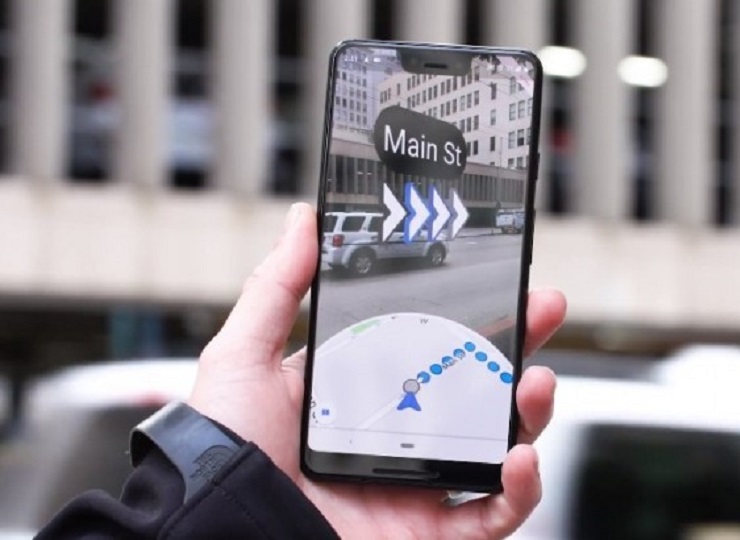 The AR feature, which was first teased by Google in the month of May 2018 at Google I/O 2018, provides the user with real-time directions navigating their surroundings using the live feed of the phone’s camera. The feature works on the concept of Virtual Positioning System (VPS).

Essentially, when your GPS is not enough, VPS will use your phone’s camera and Google’s extensive back-end data to analyze your surroundings to estimate your precise position and orientation to identify where you are with great accuracy.

Not only with directions, but the new AR feature also helps to identify nearby places, too, and Google seems to put an augmented reality animal guide to lead you the way. Google, the tech giant, in a statement, said that the feature is good to start off the journey, as people usually get confused on where to go while starting the journey.

The feature also gives some nifty tricks to conserve your phone’s battery life and data usage, for example, lowering your phone will revert back you to the conventional direction system, while the screen automatically darkens after a period of time.

No doubt the feature is remarkably good for use but it has its demerits too. According to some reports, the feature can be a major source of distraction while traveling, making it dangerous and fatal in some cases. The AR feature is meant for walking directions and cannot be used while driving.

While this looks exciting, most of us will have to wait longer to use the feature. The company is still testing it with small groups of guides before bringing it to be available for a bigger audience, to make sure the feature is safe for wide use.