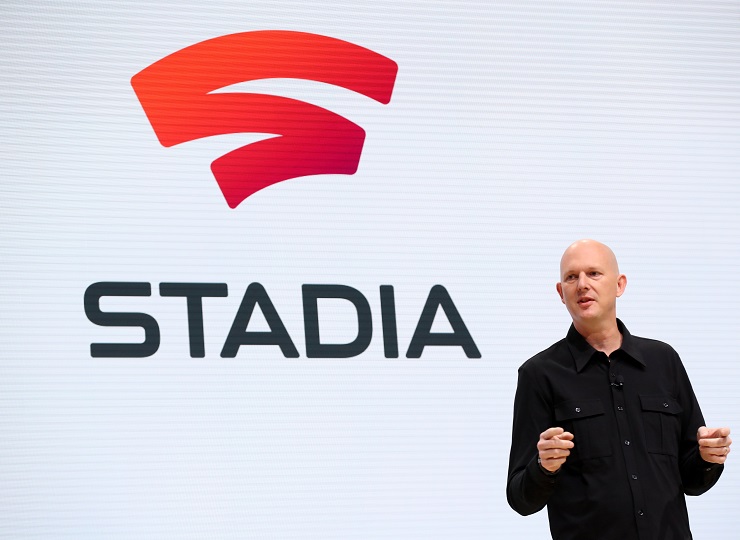 Google Stadia defines the future of the gaming industry

Google announced something really big at the Game Developers Conference in San Francisco, something that would innovate how the games are played, distributed, developed and funded. Google Stadia is Google’s big take at the gaming platforms of the future. A gaming setup that is completely cloud-based and wouldn’t require high-end hardware to run games.

“With Stadia we can all dream bigger and together build a playground for every imagination.” These were the words of Phil Harrison who is leading the Stadia project at Google.

Google Stadia is a cloud streaming service for games that would allow you to play games on the Google Data Centres itself. This way you can play any game on any device, whether it is a tablet or a PC or even your mobile, the physical hardware wouldn’t bother you anymore. You wouldn’t even be requiring a PC or a console, that is why it is dubbed as a Console Killer.

At the event, this is how Google showcased its new streaming service. You go to YouTube in your chrome browser and you see Assassins Creed Odyssey trailer by Ubisoft and there you will notice a Play Now button. And that is it, just click on the button and you will be brought into the game in as quickly as 5 seconds.

This was demoed by Google at the event as they switched through different devices from a Laptop, to mobile to a PC that was not suitable for gaming.

With the game running in the data center you are getting a video feed of that game and when you press any button on your controller, the input is sent to those data centers running the game. This as per Google will happen with no latency or lag of any kind on a 1080p 60 fps gaming experience, pretty unbelievable.

Watch our video to know more about the Google Stadia project:

Google is also launching a Stadia Controller, that will keep you in sync whenever you are changing screens or devices, you don’t need to reconnect your controller to new device again and again, the Stadia controller will communicate with the Stadia servers over internet and will get in sync with the device you are running the game on.

This will mean uninterrupted and best gaming experiences. Also the Stadia controller will allow streaming the game you are playing right away with the click of the button and not only that, we will have the Google Assistant integrated in the controller, if you are stuck at some point in the game you can simply use Google Assistant to find a way out of that point, as you will be provided with different videos or any online material that will help you.

Google has the infrastructure in place for a big project like this and they have emphasized that gamers would be able to play games at 4k 60fps resolutions and in the future, Google will be able to take up this to 8K resolutions. For now, the only game available is Doom Eternal and you would be able to play this game at 4K 60fps. With Google making their data centers accessible to developers w can expect a lot more games if everything about this Stadia project works as fine as Google demonstrated.

Well this cloud gaming service idea is not new and it’s not only Google that has been working on it, but with all the resources Google has along with its research in the field of wireless networking Google seems to be a pretty legit candidate to bring out this online gaming experience in its best form.

Google has not revealed details regarding how people would be able to access their service and if it is going to be a paid or a free service. For that, we will have to wait till Google releases this service which will be sometime in 2019 itself, and the service will be released in the UK, USA, Canada, and Europe.