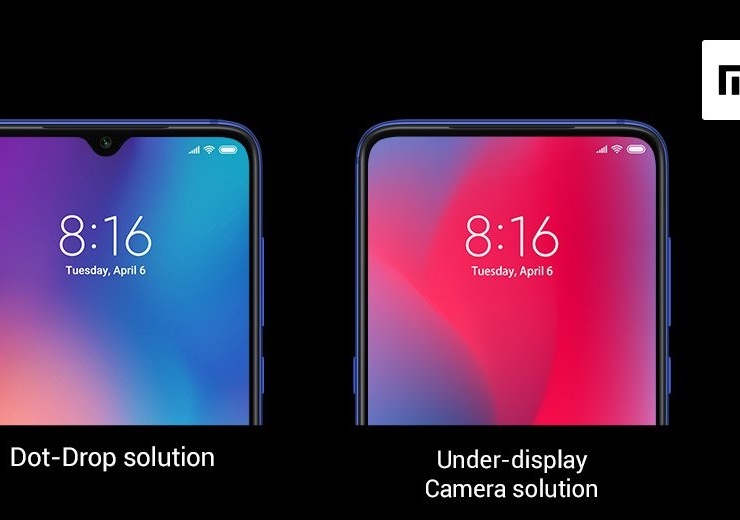 How do you get a Full-Screen Display without the need for a slider or pop-up camera? The answer to this question was given out by Xiaomi last week when the company confirmed that their team is working on an in-display front camera technology that will eliminate the need of a notch over the screen or any mechanical part like a pop-up slider. Xiaomi says the setup allows the area of the display to become transparent to take pictures, and the transparent display then cleverly doubles as the camera lens on top.

Xiaomi’s Senior Vice-President Wang Xiang yesterday detailed on the technology explaining how it is going to work. Referring to the ‘Xiaomi’s Under-Display Camera’ as the ultimate solution for a Full-Screen Display coexisting with front camera Xiang tweet said:

Xiaomi is currently exploring the possibility of hiding the front-facing camera under the display. When the selfie camera is activated, the display area over the camera lens becomes transparent in an instant, allowing light to enter.”

The company has manufactured a custom display that features a small transparent area made of a special ‘low-reflective’ glass with high transmittance to integrate front camera. Xiang has tweeted several slides elaborating how exactly the technology works.

With what we have understood, when the selfie camera is activated the display area of the camera lens becomes transparent in an instant allowing more light to enter into the lens and therefore capturing clearer and better selfies. When not being used as a camera, the display works as a normal smartphone display without a notch.

After what Xiaomi made us familiar with it seems like notches and pop-up cameras are now going to be a thing of the past. Oppo and honor have also confirmed that they are working on notch-less smartphones without motorized parts. All we are now looking forward to is a smartphone that carries this tech and by what we see and hear that day is not very far away from us.