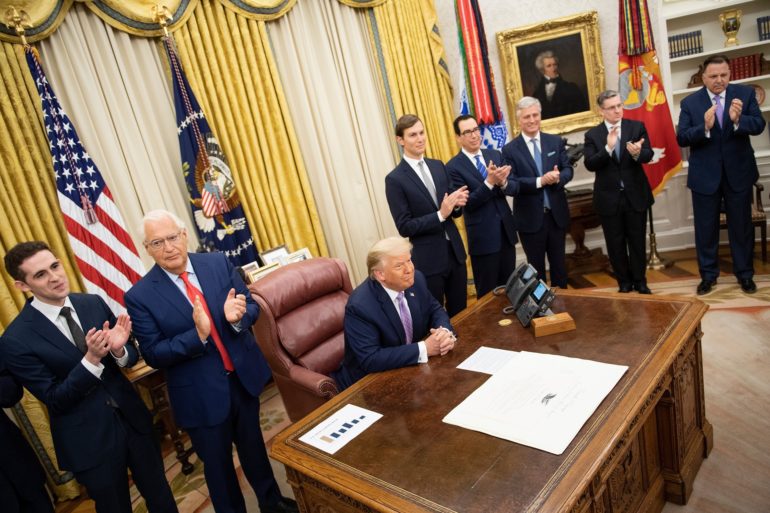 The United Arab Emirates (UAE) and Bahrain have signed agreements to normalise relations with Israel in a strategic realignment of Middle Eastern countries against Iran.

United States President Donald Trump on Tuesday hosted a White House ceremony capping a dramatic month when first the UAE and then Bahrain agreed to normalise ties without a resolution of Israel’s decades-old conflict with the Palestinians, who have condemned the agreements.

The deals make them the third and fourth Arab states to take such steps to normalise ties since Israel signed peace treaties with Egypt in 1979 and Jordan in 1994.

“The people of the Middle East will no longer allow hatred of Israel to be fomented as an excuse for radicalism or extremism,” Trump said at the White House ceremony.

“And they’ll no longer allow the great destiny of their region to be denied.”

“This peace will eventually expand to include other Arab states. And ultimately, it can end the Arab-Israeli conflict, once and for all,” Netanyahu said.

Ammar Hijazi, assistant minister of multilateral affairs for the Palestinian Authority, said the signing of the accords was “a sad day”.

Speaking to Fox News hours before the ceremony, Trump said he expected more Arab countries to normalise ties with Israel and predicted the Palestinians would eventually join as well or else be “left out in the cold”.