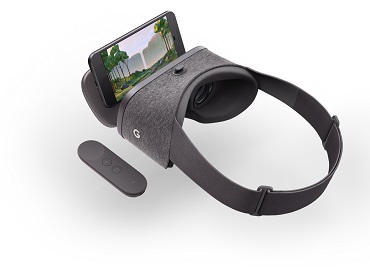 During the release of Alphabet’s earning report for the second quarter of 2017, Google CEO and newly appointed Alphabet board member Sundar Pichai gave an exciting news to us as he announced that by the end of the year, Google Daydream support will be extended up to 11 smartphones.

Daydream support turns smartphones into standalone VR system, you just need Google’s Daydream View headsets to hold the device and accompanying touch controller. In other VR headsets like HTC Vive or Oculus Rift, we need continuous PC tethering which is kind of a drawback, but a Daydream phone feels extensively light and comfortable.

If we talk about today there are only a few Daydream-compatible models: Google Pixel devices, Motorola Moto Z, Asus Zenfone AR, Huawei Mate 9 Pro and Porsche Design Mate 9, and ZTE Axon 7. Well, Samsung has also announced that S8 and S8+ will have Daydream support and they have started rolling it out as a software update.

Well with this announcement we can expect that some of the new devices to get Daydream support will be announced soon. We will also try to keep you updated with all the updates on this new.