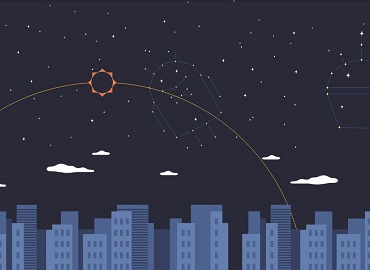 Google has announced that it will be releasing final Android O build on 21st August, the same day on which the US is going to witness a total solar eclipse. Google Android O developer preview has been up for quite a few months and it seems that Google is ready with showcasing the world what its new operating system is capable to do.

Google took this opportunity with bringing out a new theme which features a countdown clock to Android O release, along with this the site also features some handy tools to keep track of solar eclipse in your area.

Google has said that this countdown is for the official release of Android O, so finally, we will be able to know what Google will call its next Android version on 2:40 pm EST on 21st August. The last beta update was in July and now is the time that everyone was expecting google to release final preview.

The site features a clock which provides the countdown to the android o reveal, and after that is a text inviting people to meet for the reveal of Android’s super (sweet) new powers. But is this text enough to give us a clue that next Android name is going to be a sweet edible item like Oreo, or is it something else like Octopus.

The site also features a tool which gives users a view of how the solar eclipse will be visible from their place. Users can enter their location and an animated moon will cover the sun giving an idea of what the eclipse is going to be like. Then there is a Google Assistant demo giving you answers for some predefined questions regarding solar eclipse and along with all this, there are couple more tools present on the site.

Well the site does not offer any clue on what’s the name for next Android is going to be (except for the above-mentioned statement), it is primarily focused on a solar eclipse and provides insights about it.