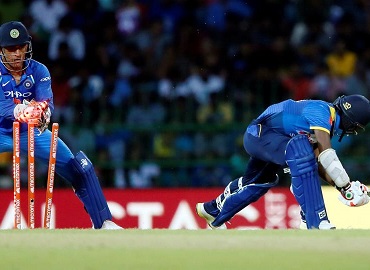 The BCCI has put forward the name of Mahendra Singh Dhoni for the great Padma Bhushan Award. The former captain has won two world cups and he was also awarded Padma Shri back in 2009 and also awarded with Khel Ratna Award in 2007.

Padma Bhushan is regarded as the 3rd highest civilian award after Padma Vibhushan and Bharat Ratna.

MS Dhoni had made its mark in Indian Cricket in 2007 by winning T20 world cup. After that went on to become the captain of ODI side. After becoming the captain he led India to many wins and broke many records.

He left the Test captaincy in 2014 and continued to be the captain of Indian Team till 2016. He also led India to 2015 world cup semi finals.

After handing over the captaincy to Virat Kohli in 2016, now MS Dhoni is playing a role of senior guidance and provided experience to the side. He has been doing really well even at the final years of his great legendary career.

Under his experience and the captaincy of Virat Kohli, India is now eying towards a victory in World Cup 2019.