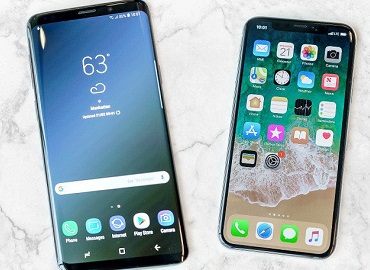 Switching to iPhone from Android and how it feels

Choosing between high-end flagship devices usually leaves users with only a few choices and that only between an Apple iPhone and an android device which is usually Google or Samsung smartphone. One of the major differences between these devices is their operating system i.e. iOS or Android.

But there might be situations when you might plan to switch between these devices, from an Android device to an iOS iPhone smartphone.

Our friend Yasin Bono (YouTube: techplughd), who is an Android phone user, made a video in which he shares his thoughts on iPhone X.

The user interface is one of the major changes you are gonna witness when shifting to iPhone, and the performance delivered by an Apple device is amazing. Apple usually takes it a bit further when it comes to optimizing their hardware and software performance.

Tell us your experience if you ever switched from an Android device to iPhone or vice-versa.