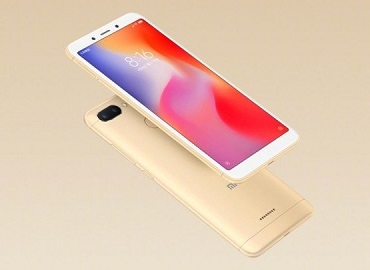 Xiaomi launches Redmi 6 and 6A, with 18 ratio 9 display

Xiaomi is now all prepared to launch is all new Redmi 6 Series in China and its launch date is June 12. There are three smartphones in this series which are expected to be Redmi 6, Redmi 6A and Redmi 6 plus.

Last week, there were leaked photos and videos of this device and now the teaser of this device has been officially launched that shows the front panel of this smartphone.

As per the teaser we saw, the Redmi 6 has been equipped with an 18:9 full-screen display and it is confirmed that there is no notch. Although it has an edge to edge display, still the bezels are thick, which makes it bit back dates as compared to latest trends in mobile markets. These smartphone series are expected to support AI selfies in portrait mode which has been featured in MIUI 10.

A few weeks back, the company also teased the Lag free feature of Redmi 6 in long-term performance. Xiaomi has tried to address all the past concerns through this series, but bezels are still thick and it will be interesting to see how a company performs with this series in current markets.

KNine Vox is expected to get a review unit of this much-awaited device in coming weeks and we will be eager to post the reviews of this device as soon as possible. Our expert team is working to get more news on its features and we will cover the launch event and get you all the latest updates on this device. Till then stay tuned with Kninevox and don’t forget to follow us on Twitter, Facebook, and Instagram.