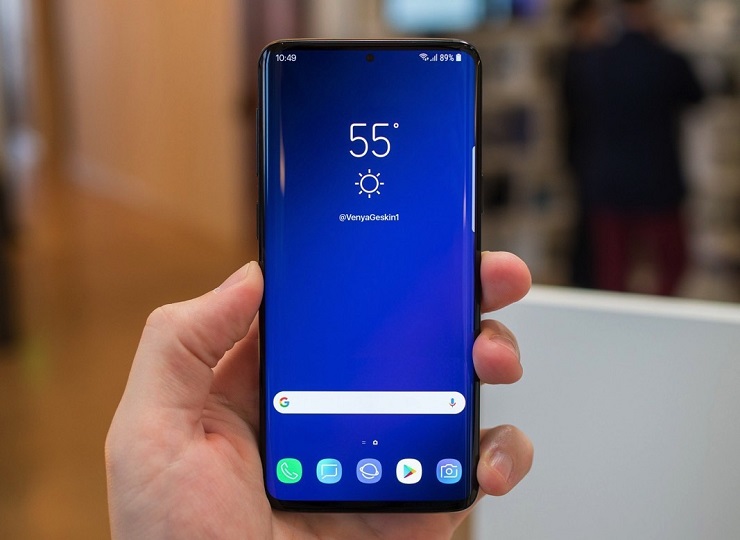 Samsung’s new Galaxy S10 is expected to be the biggest updated phone. According to some reports, the 10th anniversary of its main smartphone will have three versions of the regular Galaxy S10 as well as a superpowered “Beyond X” model that would feature a 6.7-inch display, six cameras, and support for 5G.

Sources for the Wall Street Journal indicated that the six cameras would be split between four in the back and two in the front; in addition to possibly offering more zoom options, the extra cameras could be used to provide more depth information for smarter background defocus modes (usually called “portrait” modes) and AR apps.

Samsung Galaxy S10 (models-G973x and SM-G975x) are confirmed to have an ultra-sonic fingerprint sensor under the display, while the flat screen low-end model (SM-G970x) will have a regular fingerprint sensor on the power button, just like the Samsung Galaxy A7. The Samsung-centered publication, however, points out that the Galaxy will be initially available in black, white, yellow, and green, with more colors and gradients to come down the line.

The three S10 models are expected to hit the market first, and the “Beyond X” model is intended to arrive whenever carriers have 5G service to support it, which is expected to be sometime next year. Features like 5G and advanced photography are some complicated technology ideas and will take time to come out and will definitely be accessible to a few people at the start. But it sure will be a useful hook in the near future.