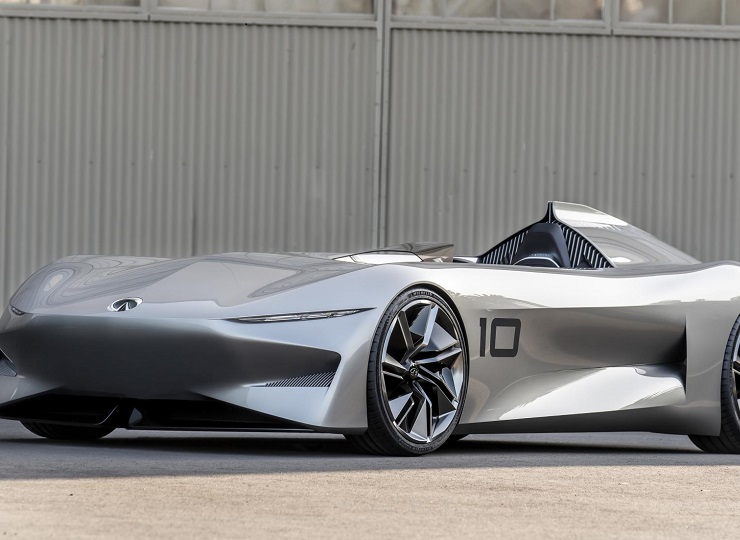 Infiniti Prototype 10: Inspired from the past, for the future

With electric cars becoming more predominant in any Auto Show, many car manufacturers are coming up with their all-electric vehicles for the future. One such company is Infiniti which presented its Infiniti Prototype 10 at the Detroit Auto Show.

This car is pretty much an attempt to redraw the design from the vintage speedsters just like Mercedes did with the EQ Silver Arrow, but with an all-electric concept. In a sense, this is Infiniti’s vision for the future sports cars.

Watch this video by PowerDrift where they get a chance to have a close look at the vehicle at Detroit Auto Show.

Not much has been detailed about the car for now, but there are few points that like it is fully electric and also that this Prototype 10 has steer-by-wire technology.

This is Mercedes’ attempt for Future Sports Cars

This car is made for the future and that is very specific with the design and the body, the low stance and the sleek lines provide it with a speedy look. The single-seater cockpit also reminds us of the old speedsters. The design also helps this car to be more aerodynamic and it has large intakes on the body would cool the rear-mounted electric motor.

This car indicates the path that Infiniti is on, as the company has already announced that it would be working on only electric cars from the year 2021.

Let us know what do you think about this vehicle and the concept of shaping the future electric cars based on retro cars, comment below.