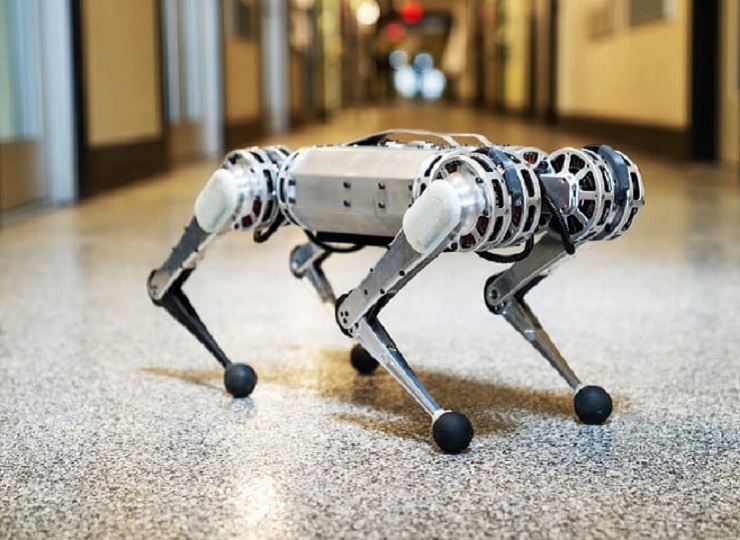 Clearly inspired from the example set by the Boston Dynamics’ backflipping Atlas robot, MIT researchers have come up with a new ‘Mini Cheetah’ robot, created by robotic geniuses over at the Massachusetts Institute of Technology, that is capable of performing various tricks like backflipping, jumping over obstacles and much more.

Backflipping robots are nothing new- as demonstrated by the Boston Dynamics’ much bigger Atlas robot which pulled-off the same trick in November 2017 but what makes the Mini Cheetah different and more exciting is the fact that it is the first four-legged robot to do the trick.

The Mini Cheetah, as the name suggests, is the mini version of the larger ‘Cheetah 3’ from last year. It weighs around 20-pound that makes it somewhat less than a 100-plus pound weighing real animal it is based on. According to the experts at MIT, the mini robot is able to trot over uneven surfaces at speeds around twice as fast as an average person’s walking speed. It can also scoot sideways and backward, rotate its body while moving and can get up itself after falls. The robot can hop around and can maintain its balance if pushed or kicked.

No matter how much you want a pet robot that can backflip and roll, you cannot buy this Mini Cheetah from market as the robot is not for commercial use like Boston Dynamics SpotMini, which is intended to be a real product. The Mini Cheetah is only a research project for now.