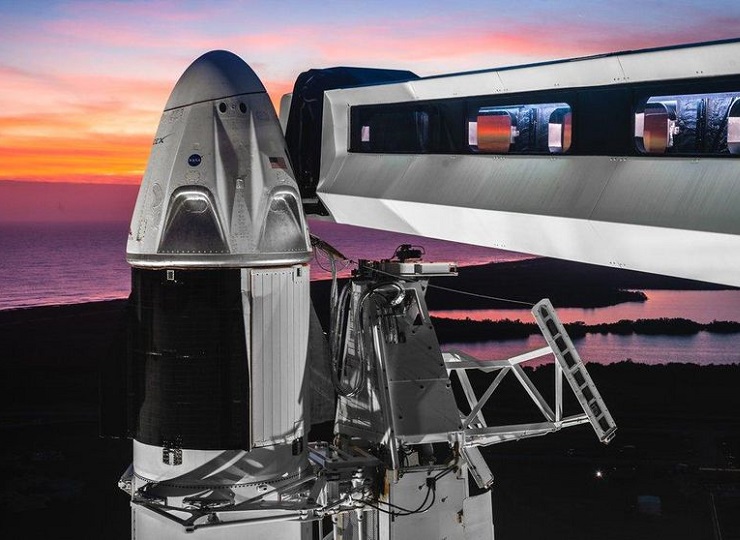 SpaceX’s first aircraft designed to send humans into space took a demo flight today, from the Kennedy Space Center in Florida, en route to the International Space Station. This was an unmanned flight and will pave way for future manned flights for the SpaceX.

A successful launch meant that SpaceX is ready to send two NASA astronauts into space, and would mean that NASA won’t have to rely on Russia to send their astronauts into orbit at a hefty cost.

LIFTOFF! The next big leap in a new chapter of U.S. human spaceflight systems has left the pad. @SpaceX’s #CrewDragon demo flight will be the 1st commercially-built & operated American spacecraft designed for humans to dock at the @Space_Station. Watch: https://t.co/Fm5NQSfAXJ pic.twitter.com/YoiOf67kQL

Elon Musk was emotionally exhausted as he told reporters and said:

The space shuttle is supposed to dock with the ISS which travels at a speed of about 7.5 km/s. SpaceX crew dragon consists of a dummy named Ripley, after the protagonist of the movie “Alien” and will drop off 400 pounds of supplies and will fly back to earth after 5 days.

Along with the dummy, SpaceX also put up a plush toy globe and it was also tweeted by Elon Musk:

Next mission for Crew Dragon could be in July and would be a manned mission if everything goes fine this time. This could be a great relief for NASA as after retiring the Space Shuttle Program it turned to Russian Soyuz rocket and it costs $80 million to book a seat there. Along with SpaceX, Boeing also has a contract with NASA and is working on to send humans.

NASA believes that both the companies would be ready to send crewed flights in 2019 itself, but things will have to go smoothly.

Let us know what do you think about this historic flight in the comments section below.