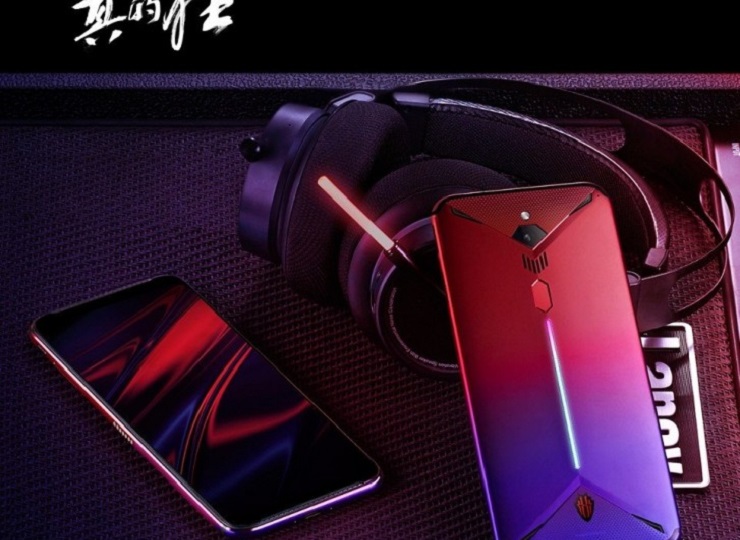 Nubia, the Chinese brand, unveiled the latest gaming phone- Red Magic 3- any Android user would love to see. With the increasing popularity of gaming worldwide the need for gaming devices with high specs is also in demand for better gaming experience. While A lot of other companies like ASUS and BlackShark offer external cooling fans for their gaming smartphones, Nubia has managed to put the fan inside the device in addition to the conventional pack of “liquid cooling” enhancing the performance of the device by five times as compared to other gaming smartphones in the market.

The Nubia Red Magic 3 mobile features a 6.4” (16.26 cm) FHD+ AMOLED display with a screen resolution of 1080 x 2160 pixels. The device uses Android v9.0 (pie) as the operating system. A powerful Qualcomm Snapdragon 855 chipset powers the device combined with 12GB of RAM and 256GB of storage. For better in-class performance and high-end graphics, an additional Adreno 640 GPU is used. Taking about a smartphone and that too a gaming phone, one is concerned about the low battery performance but that’s not a thing to worry in Magic 3 as the device has a whopping 5,000 mAh battery backup. It supports quick charging of up to 27W compatible with QC 4.0.

The device comes with a 48-megapixel f/1.7 main camera powered by a Sony IMX586 sensor, along with a 16-megapixel f/2.0 front camera but with an unknown sensor. The main camera can handle 8K video recording and has a super slow motion mode up to 1,920 fps setting new records in the mobile industry. The front-facing stereo speakers work with DTS:X surround sound providing better 3D audio experience to the user. The company, considering the users who like to stream their gameplay, has introduced a triple-mic noise cancellation feature in the device.