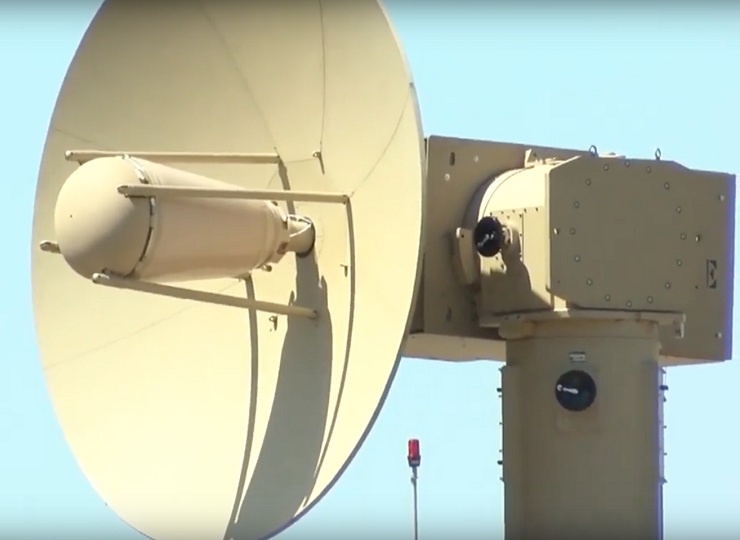 US Air Force gets THOR to take out enemies drones

The United States Air Force unveiled a new weapon called ‘THOR’ which they have added to their arsenal recently that can take down swarms of drones once used. The official statement came on June 20 by the Air Force Research Laboratory to local reporters who were given a demonstration of THOR in action on the battlefield. The new weapon system cost $15 million and was developed in only 18 months.

Over the past few years, the world has witnessed a significant growth of the drone market bringing both benefits as well as various demerits. Discussing the demerits, US forces have found these drones to be used against them as a surveillance weapon. They have been used to surveil US Forces or even drop bombs on them. Because of these US Forces were compelled to develop a defense system to take out these mechanical drones, leading to the development of THOR.

THOR stands for ‘Tactical High Power Microwave Operational Responder’. THOR uses short bursts of high-powered microwaves to disable unmanned aerial vehicles (UAVs). It runs off of a generator and is stored in a shipping container, meaning it can be transported almost anywhere and set up within a couple of hours. The system can take down near-about a dozen drones in when a single shot of High-powered microwaves.

After the live demonstration of the system, Anderson said

“It operates like a flashlight. It spreads out when the operator hits the button, and anything within that cone will be taken down. It engages in the blink of an eye. It takes two people to set it up and three to tear it down. You can take it to the field, rapidly set it up and it’s ready to fire. It’s designed as a turnkey system.”

Based on what we understand, THOR is designed keeping in mind that on a battlefield time is one of the key features that can decide the outcome of the war which means the faster the weapon the more will be the chances to win. THOR can be rapidly deployed wherever needed, with the microwave antennae and foundation stored in a shipping container transported on a flatbed truck. The equipment is stored in parts for easy, snap-together assembly in just three hours.

Moreover, THOR’s defense and attack mechanism can be fully controlled and managed from a laptop. Also, a handled remote has been devised to control the antenna of the system having a 360-degree rotating mechanism, providing 360-degree defense against drones.