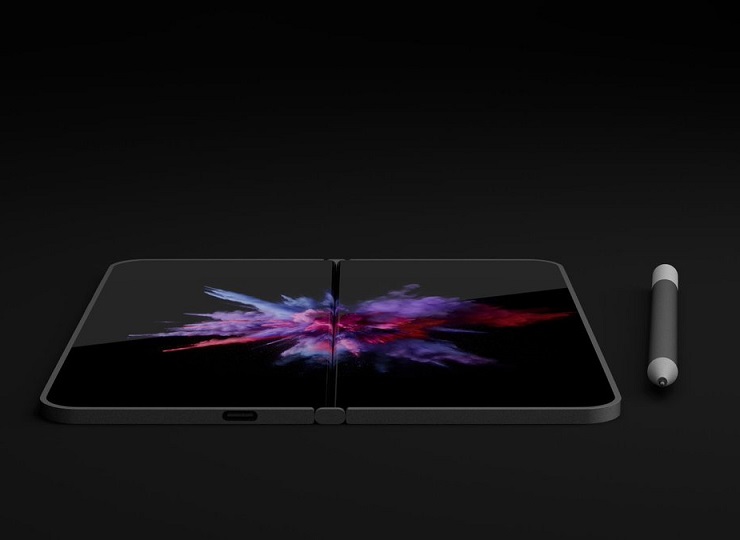 Samsung Galaxy Fold was not the only tablet-sized device that had folding capabilities and turning into a smartphone, there were rumors that Microsoft is also working on a Surface tablet of its own with a foldable screen.

Recently reports emerged that Microsoft showed off a foldable screen device behind closed doors and it is expected to natively run Android apps.

According to some reports, the tablet will have a 9-inch display with 4:3 aspect ratio and the product is expected to release the device next year.

The tablet is supposed to run Windows Core OS, the new Windows 10 version with a dual display, it is still unclear if the device will have 5G support or not.

What is interesting that the device will run Android apps natively on a Windows operating system.

There is not much information about the device out there yet, but it is clear that Microsoft is also in line with making foldable devices.