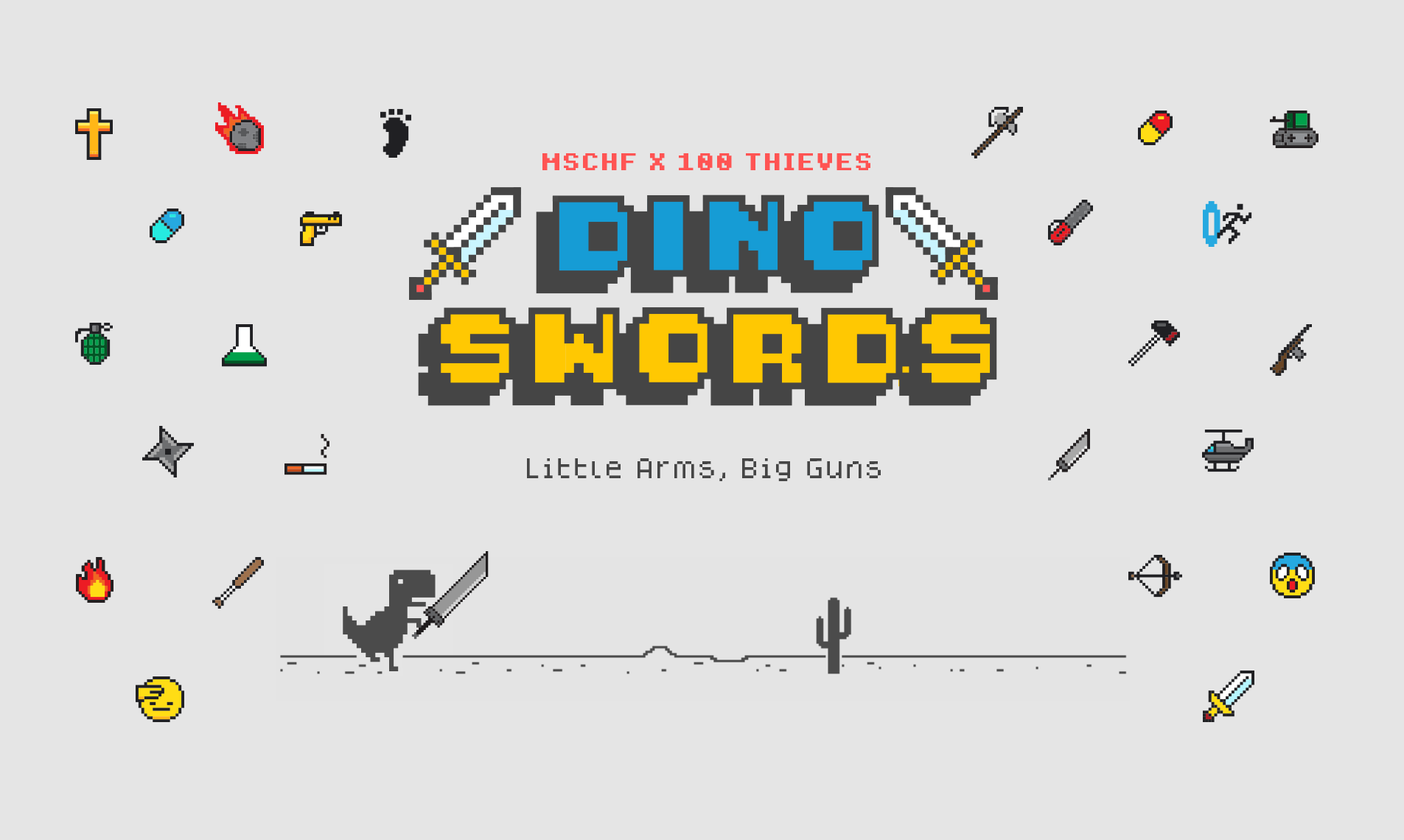 Why only jump above cactus when you can chop them off

Everyone is aware of Google’s Dinosaur browser game. It comes up when your device goes offline and it has been existing for a long time now and it surely needed an update. Astonishingly Google has now released a new update of the Dino Game.

Enter a modded version of the game called Dino Swords, created by a partnership between Internet collective MSCHF and 100 Thieves that gives the adorable, granulated T-Rex an assortment of weapons to use. Weapons are bound to various keys that players can use, but there’s a catch. Some of the weapons will lead to self-inflicted damage.

“Dino Swords is our take on the classic Chrome dinosaur runner game, made extravagant with 26 weapons to help your runs,” Matthew “Nadeshot” Haag, 100 Thieves owner and CEO, said. “Many of them pay homage to classic video game weapons, some of them are totally OP, and some are completely useless. There’s even a few easter eggs that are pretty hard to unlock.”

There are “some awesome prizes for the people who are able to show they’re the best Dino Swords players in the world,” Nadeshot said in his statement, although it’s unclear what those prizes are