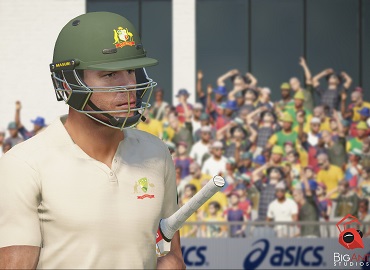 A fully licensed cricket game set to release in November

Cricket Fans who have got tired of laying some lagging forms of EA sports cricket have something to cheer now. They are going to get a new cricket game this year and this game has been developed by an Australian company named Ant Studio.

This is the same company that had launched Don Bradman Cricket 2017.Now they are launching a new game and it is called as ASHES CRICKET and this game has been developed for PS4, XBOX ONE and PCs. This game will be launched on November 16, 2017.

The game is based on Ashes that has been a famous series between Australia and England.

Big Ant Studio has told that there will be “photo-realistic players of the English and Australian teams for both the men’s and women’s squads”. The game will have all the licensed stadiums where the Ashes matched have been scheduled this year.

The game will also have a career mode that gives you an opportunity to “take a fresh, ambitious young player, and lead him or her through the ranks with the goal of eventually representing their nation in the Ashes itself”.

Let’s have a look over the history of Ashes Series.

This Series got this name in 1882 when England got defeated by Australia in London at the Oval Ground. After that a newspaper reported that the English Cricket Body will be cremated and will be taken forward to Australia. After that this series have been hot every year.

Till then stay tuned with Kninevox for further news and updates.