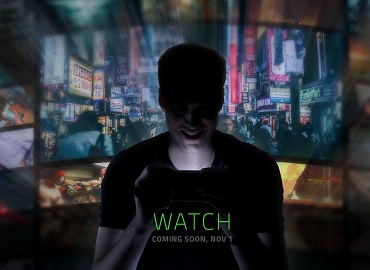 Razer is launching its first smartphone

Razer is mostly known for making accessories for gaming and one of the finest products for gaming. Earlier there were rumors that Razer will be launching its first smartphone and now it seems to be true.

The teaser of the Razer smartphone was tweeted by its official account which was showing a person holding a smartphone like device in his hands. The smartphone is said to be released on 1st November.

Being a smartphone by Razer the smartphone will be more focusing on gaming rather than other features. Even the people who are excited to see the type of smartphone Razer will make, will be expecting the best gaming experience through it.

Razer also said that “biggest unveiling” will be there on November 1st, so stay tuned with us by following us on various social media websites and subscribe to our newsletter.