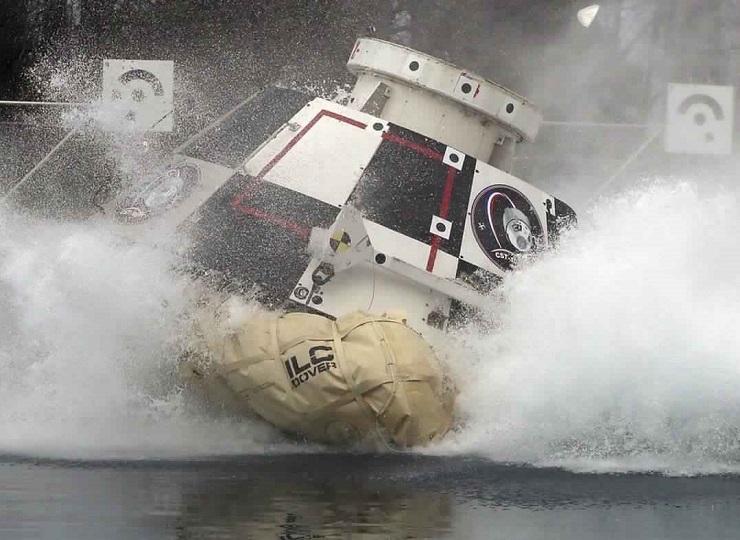 A 21st Century Space Capsule, Boeing’s Crew Space Transportation (CST)-100 Starliner spacecraft is being developed in collaboration with NASA’s Commercial Crew Program. The Starliner was designed to accommodate seven passengers, or a mix of crew and cargo, for missions to low-Earth orbit. For NASA service missions to the International Space Station, it will carry up to four NASA-sponsored crew members and time-critical scientific research. The Starliner has an innovative, weldless structure and is reusable up to 10 times with a six-month turnaround time. It also features wireless internet and tablet technology for crew interfaces.

In Washington, Boeing confirmed July 21 that there was an “anomaly” during a recent test of the launch abort engines for its CST-100 Starliner commercial crew vehicle that could delay a key milestone needed for the vehicle to be able to carry astronauts.

The incident happened during a hot-fire test of the engines used by Starliner’s abort system, integrated into a spacecraft service module. The static test, which took place in June at NASA’s White Sands Test Facility in New Mexico, was a prelude to a pad abort test of the system planned for later this summer.

During the test, the engine ran on full propulsion and properly. At the time of shut down there was an abnormal behavior of the engine, which in turn caused a propellant leak.

Before Starliner flies with the crew, Boeing plans to do a pad abort test, where the launch abort engines will be tested on a Starliner capsule.

AEROJET ROCKETDYNE said, “We have been conducting a thorough investigation with assistance from our NASA and industry partners,” Boeing added in the statement. “We are confident we found the cause and are moving forward with corrective action.”