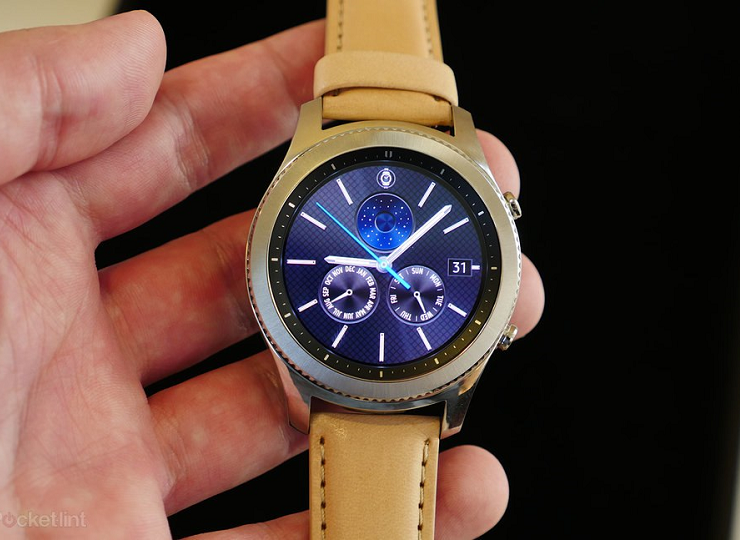 New Galaxy Watch leaked by Samsung accidentally on its website

According to Chris Mills “Samsung is just weeks away from another big Unpacked event where it’s expected to unveil a new Galaxy Note 9 smartphone, and a brand-new Galaxy Watch wearable to go alongside. We say “expect,” but given the volume of leaks we’ve already seen, this thing is a virtual certainty. Pricing, color, and spec details have all come out for the Galaxy Note 9, alongside some leaked press renders because Samsung’s security department really doesn’t seem to be on its game “

It looks like Samsung leaked its next smartwatch by mistake.

Called the Galaxy Watch, the device briefly appeared on Samsung’s US retail website, as spotted by CNET. The model depicted was a 42mm rose gold version, and it looked very similar to the Gear S3 Classic. It’s not too surprising that Samsung would stick to the same design formula; the real surprise here is the Galaxy Watch name, which Samsung has never used.

The company has revealed their new Galaxy Watch, instead of having a complete launching ceremony.

The new Galaxy Watch will have buttons and it looks a lot like the rotating bezel is back. These are a departure from previous rumors, which suggested a button-free design. The Samsung watch may come with the new Samsung galaxy note 9.

The Galaxy Note 9 is expected to be announced in a couple of weeks, on August 9.

Samsung has followed its own smartwatch path with proprietary software, a whole unique Tizen-based OS and apps that are run separately from Google’s Wear OS watch ecosystem (formerly Android Wear). The latest reports suggest the Galaxy Watch will run Tizen, in a new 4.0 version.