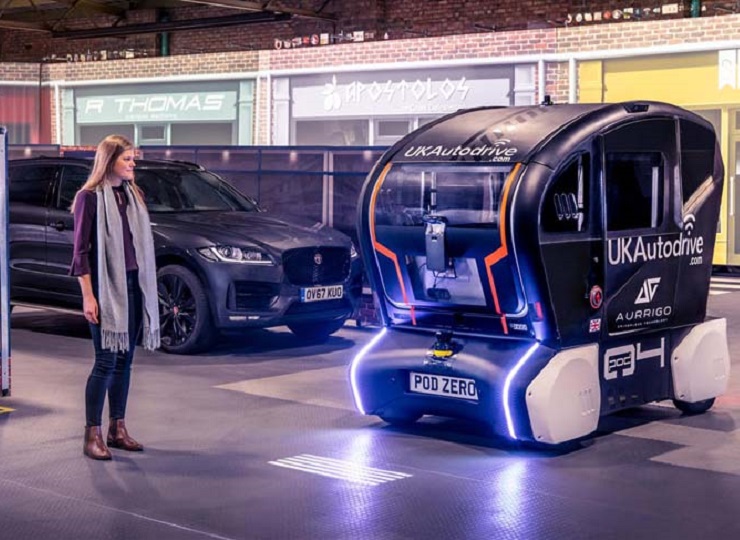 Jaguar Land Rover wants you to trust vehicles which are now controlled with AI (Artificial Intelligence). So in order for you to trust them more, they have announced the development of new technology.

Jaguar says that 41% of pedestrians and drivers are concerned about sharing the road with self-driven vehicles because the autonomous automobile companies have not been immune to the accidents, which may be decreasing the enthusiasm in self-driving cars.

For years, car maker companies have searched a number of ways to make cars AI-driven signaling where they are going, but they tend to rely on blinking lights or other codes that are not efficient in a situation of a hurry.

Jaguar Land Rover might have a solution to this problem. It has developed a system that projects an autonomous vehicle’s direction and speed of travel on the road ahead. The system projects a series of bars on the road to designate the direction of travel and when it is turning, setting off or stopping. The gap between the projected bars show the speed changes which are to be made ahead on the road. You’ll know if it’s safe to cross the road without having to carefully watch a car’s actions.

Jaguar is testing its tech and no further update has been provided. There are still a lot of hurdles to overcome before Jaguar’s tech could actually be made safe in real-world considering how the tech respond in actual weather changes and if it could be compatible with other companies framework.