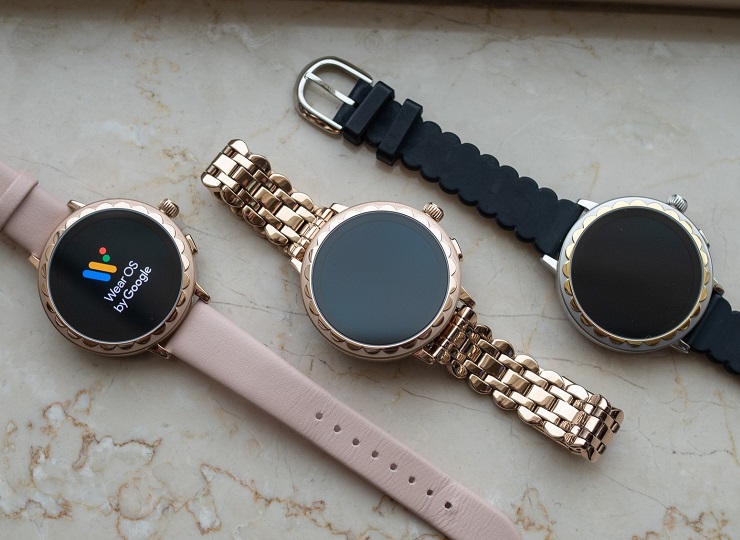 Kate Spade, under the Fossil brand, is launching its second touchscreen smartwatch today — the Scallop Smartwatch 2, which raises its scales to compete with other smartwatches which are already in the market. It includes built-in GPS, along with NFC and a heart rate monitor.

The watch, like other Fossil smartwatches, runs Google’s Wear OS, which means wearers can access Google Assistant, Google Pay, and Google Fit. It’s also water resistant for the shower and shallow water swimming. Other specs include a 300mAh battery that should last one to two days on a charge, a magnetic charger, Bluetooth, and compatibility with Android 4.4+ and iOS 9.3+.

As with nearly all Wear OS smartwatches, the Scallop is powered by a Snapdragon Wear 2100 processor and packs 4GB of internal storage so you can store music and play it via Bluetooth-connected earbuds.

The Kate Spade Scallop smartwatch has a 300mAh battery that supposedly returns 24-hours of use. We found that in reality, after taking it off the charger at 100 percent at 8:30 AM, it’d be down to about 5 percent by 11:30 PM – and that’s with all notifications on and an animated watch face displayed.

The Scallop uses Google Fit to track steps, distance traveled, and calories burned; but the watch doesn’t have GPS or a heart rate sensor to help track exercise further. Google Assistant is called up by holding down the crown button, and you can ask it to set reminders, send messages, and provide weather updates — it’s going to get even better in some upcoming updates.

It’s priced at the upper end of the scale for Wear OS watches at $295, and truly incorporates femininity when it comes to aesthetics, functionality, and versatility. However, spending that much means it should be good enough, and stylish enough, to wear on any occasion. Is it everything we want from a touchscreen smartwatch.