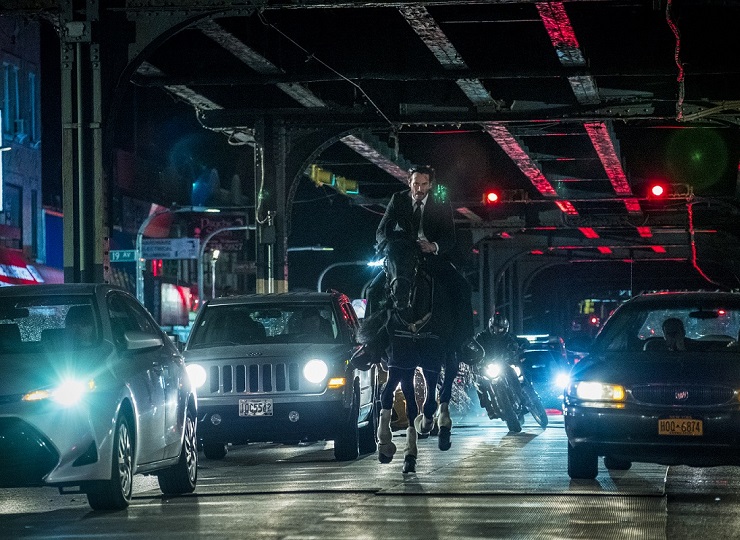 John Wick: Chapter 3 reviews are out, with 98 percent rating on Rotten Tomatoes

The initial critic reviews of the ‘John Wick: Chapter 3 – Parabellum’ are out and they give an insight of how worthy is this sequel to the franchise. The average rating garnered by this movie is 98% for the 40 reviews it has.

The movie kicks off from it left off at the end of Chapter 2, every assassing in the world is seeking out for John Wick, and this movie according to reviews features a lot of people being shot in the head.

Following are the Twitter reactions to the John Wick: Chapter 3

More reactions! Finally allowed to say that #JohnWick3 is hands down the best of the three movies. Ridiculously inventive fight scenes, lots more world building & great villains. There is a knife fight in this movie that is aces. Also, Halle Berry’s character needs her own series pic.twitter.com/Tp3xWrK82d

#JohnWick3 continues to build on the series' mythology and has some of the coolest action and most memorable side characters of the entire series. I'm not sure about everything it adds, and certain things will be controversial (no spoilers). But overall it's more @JohnWickMovie! pic.twitter.com/Vodcx2nJwE

Some of the storytelling and character decisions left me scratching my head and questioning motivations when I left the theater, but that won't stop me from going back for the inevitable John Wick: Chapter 4.

Onto my proper #JohnWick3 reaction: Pure visceral cinema. After the dramatic world expansion of CHAPTER 2, CHAPTER 3 returns to a leaner, exhilarating story chock full of breathless, bone-crunching action and even a few laughs. I was sweating 30 minutes in. This movie RULES.

The movie is full of action and not only that this time we have a couple of fierce dogs in the scenario accompanying John Wick.

The movie is going to hit the theaters on 16 May, and we are pretty sure this is going to be a perfect end for the John Wick trilogy.