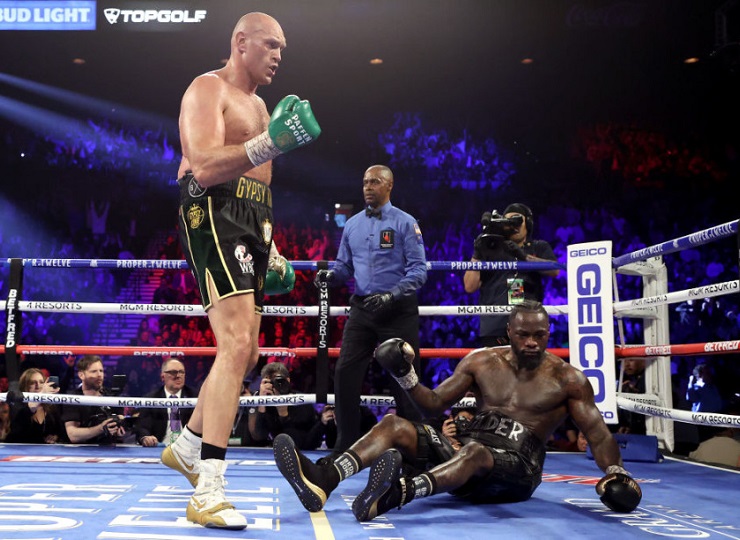 Tyson Fury turned out to be the winner in what was dubbed as the biggest fight in the boxing world in nearly 20 years. Tyson Fury totally dismantled Deontay Wilder and won the WBC Heavyweight Champion.

Both the fighters came in this fight with their undefeated streaks, but from the very start, Tyson Fury destroyed Wilder and handed his first professional defeat.

This is not the first time the pair have met each other in the ring, a previous bout in 2018 ended in a controversial split draw decision. So this was the rematch that everyone was hyped about, and Gypsy King ‘Tyson Fury’ outperformed Wilder in every aspect.

With this Tyson Fury’s record stands as 30-0-1, 21 KOs. Fury acted according to his game plan and kept putting pressure on him while Wilder was not able to land any punch that was able to hurt Tyson. In the seventh round after taking a heavy amount of beating referee decided to stop the fight with Wilder’s corner saying he had enough.

Now there is a certain chance for a rematch between the two as this is what Wilder’s contract states. With this loss Wilder was unable to defend his WBC champ title for a record 11th time and his five-year run came to an end.

On his fight with Wilder, Fury said:

“A big shout out to Deontay Wilder. He came here tonight and he manned up and he really did show the heart of a champion. I hit him with a clean right that dropped him and he got back up. He is a warrior. He will be back. He will be champion again.”

The fight was attended by some of the big names in the entertainment industry and some of the high profile individuals. Both the fighters are expected to take home at least a massive $40 million.

The Weeknd teases next album, titled ‘After Hours’