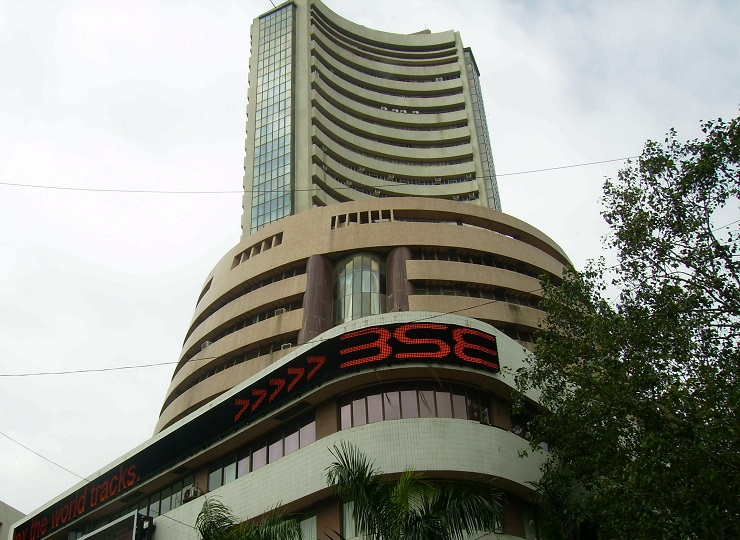 ccording to the recent data released by the National Statistical Office (NSO), India’s GDP growth fell to 4.5% for the July-September quarter which is lowest in the last six years or so. Renowned international (Moody’s, World Bank, IMF) and national (RBI and SBI) institutions have already reduced the GDP growth estimates for FY20 keeping into consideration the subdued growth of some economic variables (demand for power, imports, fixed capital formation, etc.) in the Indian economy.

But, a cursory look at the macroeconomic fundamentals and initiatives taken by the NDA government in the last few years indicate an utterly conducive environment for the offtake in economic growth.

The inflation rate, rate of interest on loans and taxes on goods and services are already pointing south vis-à-vis the previous five years or so. Similarly, stock market indices i.e. BSE SENSEX and NIFTY along with FDI are record high.

The central government left no stone unturned in implementing the seventh pay commission in 2016, increasing the budget allocation to Rs. 24 Lakh Crore (budget 2019) from Rs. 17 Lakh Crore (budget 2017), increasing the MSP of Kharif crops to 150% and offering direct benefit transfer to the extent of Rs. 3.29 Lakh Crore in 2018-19 against Rs. 1.90 Lakh Crore in 2017-18. Despite these robust measures, the consumer sentiment is down and there is pessimism in the economy with GDP falling and unemployment assuming dangerous dimensions.

India needs to learn a lesson from BrexitREASONS FOR THE SLOWDOWN

Apparently, the experts lament the double blow of demonetization and lousy implementation of GST as the major reasons for this slowdown. But the perilous effects of these blows have amplified in magnitude in last three years and have now led to a decrease in consumer demand and malfunctioning of the financial sector.

In the agricultural sector itself, 14.5 Crore landless agricultural laborers were affected directly or indirectly, when the traders denied to procure agricultural produce raison d’être that government machinery is keeping a track on the transactions made to the extent of Rs. 50000 or more through banks.

Testimony of the lower incomes can be had from the figures that real rural wages (adjusting 1.5% rural inflation on consumer price) increased just 2.3% year on year in December 2018. In the organized manufacturing sector, informal workers (approximately 4 lakh) engaged in labor-intensive units such as food and beverage, tobacco, textile, leather, wood, and jewelry, etc. who were getting wage payments in cash form got severely affected.

Cost of living in urban areas being more than rural areas led to the reverse migration of workers to the countryside which further accentuated the crisis as households had to depend upon withdrawals from the past savings to make two ends meet. It led to the dropping of household savings from 23.6% in FY12 to 16.3% in FY18.

Thus, demonetization hitting hard the bottom of the pyramid led to the rupture of the cycle of economic activities i.e. consumption, savings, and investment. In order to circumvent the situation, few traders and merchants in non-agricultural trade availed loans under MUDRA scheme to repay it when conditions turn in their favor. However, with the economic environment deteriorating further, the public sector NPAs of loans issued under the scheme increased from Rs 7277.31 Crore in March 2018 to Rs 16481.45 Crore in March 2019.

Abysmal and irrepressible implementation of GST added fuel to the mounting unemployment problem by rendering the market unfavorable for the micro, small and cottage industries. Since the micro and small enterprises below Rs. 1.5 Crore are permitted to opt for the composition scheme and sell their goods in their own state, hence, medium and large firms hesitate to procure products from them, owing to the non-crediting of input tax for such purchases, which obviously harms viability and employment in small ventures.

Further, the natural protection that was offered to these enterprises by way of imposition of state taxes (octroi, custom, sales tax) when got lifted under GST regime, offered full support to the big firms to freely manufacture and sell in any state thereby harming the interests of small enterprises, plummeting the jobs and eventually culminating into a disastrous decrease in demand.

Directly or indirectly, it is casting its shadow on the GST receipts of the government which in this financial year has so far crossed the targeted 1.10 Lakh Crore per month only once i.e. in April. Accordingly, the disbursement of states’ share in GST to few states (for the months of September and October, 2019) is still pending and is piling up day by day. In the event of non-payment of state’s share, it is apprehended that the states may go in for an increase in cess and taxes (cess on petrol, electricity and registration charges related to the real estate, vehicles, etc.) outside the ambit of GST. Already, 9 states have raised the road registration tax on passenger vehicles in this fiscal year. Besides putting the cooperative federalism in jeopardy, it is in complete contradiction to the central government’s efforts, wherein it is trying to woo demand by igniting the investment cycle.MISPLACED PRIORITIES OF THE GOVERNMENT

A cursory look at the Nifty shows that, it is the top 15 performing stocks that are driving the market, rest mid-cap and small-cap indices are down by 25% and 40% respectively vis-à-vis their all-time highs. Further, purchasing of stocks of one company by another has also increased which is keeping the stock market bouncy. It connotes that the companies want to play safe by gaining through a shorter method instead of making an investment, generating employment, infusing demand and then garnering profits for yet another cycle of investment.

The central government succeeded in earning a profit of Rs. 1.76 Lakh Crore in this fiscal without putting anything in reserves. In fact, RBI constituted a Committee under the Chairmanship of Bimal Jalan (former RBI Governor) to recommend a reasonable level of reserves to be maintained. The Committee recommended 20 to 24.5% of RBI’s assets as reserves. Initially, the government agreed to keep it at 23.3%, but later on, brought it down to 20%. Here also, to ensure the adequacy of reserves the government started considering both the domestic (domestic currency and bonds Issued by the Government of India) as well as international assets (US Treasury Bonds, gold, foreign currency), instead of only domestic assets as was done earlier. Further, Rs. 70000 crores are being used for an infusion in the banking sector and Rs. 25000 crore (Rs. 15000 crores to come from SBI and LIC) for the real estate sector.

It is worth mentioning that in August this year, FM had announced the amalgamation of 10 public sector banks (PSBs) into four big banks thereby bringing the number to 12 from 27 in 2017. But amid weak demand in the market, there are bleak chances of an increase in credit offtake by the corporates for investment. Thus, the efforts made in the financial sector can only be viewed as an attempt to clean the balance sheets of PSBs to save the skin from the stigma of high NPAs. Pertinently, the merger of Punjab National Bank (having 6.55% net NPA ratio), United Bank of India (having 8.67% net NPA ratio) and Oriental Bank of Commerce (having 5.93% net NPA ratio) has brought the amalgamated net NPA ratio of the second largest bank in the country to 6.61%. Similar mergers of other PSBs have also reduced the net NPA ratio of the amalgamated banks.

Equally misplaced is the attempt to ignite the economic cycle by allocating Rs. 25000 Crore in the real estate sector. There are already about 13 Lakh housing units lying unsold in the country due to low demand and 25000 more such units (say Rs. 1 crore spent on constructing new houses under affordable housing scheme) will only add to the number of unsold inventory. These facts clearly reveal that there are inherent flaws in diagnosing the problem in hand and its subsequent treatment.WHAT NEEDS TO BE DONE

It is nothing, except changing the hats in the name of disinvestment. Similarly, the government has offered a Voluntary Retirement Scheme (VRS) to the employees of BSNL as a revival package. But a rough computation after adjusting the amount to be disbursed for VRS states that the government will be in a position to save almost Rs. 4000 Crore annually for the next 10 years. It signifies the desperate efforts that the government is putting in to contain the fiscal deficit to keep international rating agencies like Fitch and Moody’s etc. contented, so as to gain the foreign investment, which of course in the recent era of protectionism is hard to come by. Thus, the government needs to exactly do the opposite of what it is doing right now.

Public investment in favor of downtrodden, poor, small farmers and businesses at lower levels only can put the economy back on the track. The government needs to expand the allocation for public schemes like MNREGA which can further be used for constructing roads in rural areas involving local laborers. Secondly, as assured, under the PM-Kisan scheme, (Rs. 6000 in full) be paid to all the farmer families to increase their spending power. Third, moratorium to NPAs under MUDRA be given for another two years to let the affected masses flourish again.

Central government should allocate the states share in the GST at earliest and state governments, in turn, should spend the same on public works programs keeping into consideration that the local multiplier effect of the state-funded public projects. Last but not the least, tax slab of Rs. 2.5 Lakhs up to which no tax is levied should be extended to Rs. 5 Lakhs at least, in order to render additional purchasing power in the hands of lower and middle-income groups. A section of the society whose income accrues from the interest rate only has suffered a lot due to a continuous decrease in repo rate.

Only the demand-led investment at this juncture can help the economy to revive instead of investment-led demand.