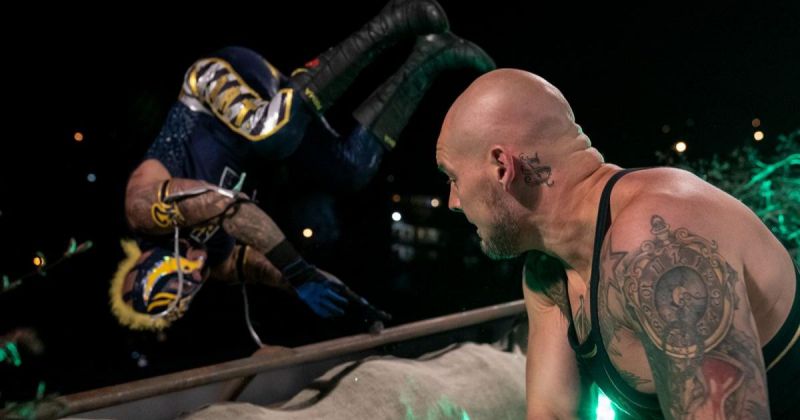 WWE did provide a spectacular show at the Money in the Bank this Sunday, the ladder matches were really spectacular and ended on the roof of WWE headquarters. If you are not aware of why this year’s MIB ladder matches were different then let us tell you that the matches started from the very bottom of the building and ended on the ring on the roof of the headquarter.

UFC 249: Justin Gaethje is the new champion after knocking down Tony Ferguson

Although we had a very interesting winner as Otis turned out to be the champion surprisingly. But another aspect that was a bit surreal is that Baron Corbin threw people off the roof of the building. Yes ! you heard it right, King Corbin threw Rey Mysterio and Aleister Black off the roof of the building completely removing them from the Ladder match.

After the event Corbin took to Twitter and posted a tweet with phrase ‘If he dies, he dies’

Well if you don’t want fun to be ruined don’t read ahead, but this is what really happened after they got thrown off the roof.

It is quite obvious that WWE can’t just kill people, so this is what they did. Ariel images of the HQ showed that in fact there was a padded area along the edge where the Mysterio and Black were supposed to land. A viewer took note of that posted it on Twitter.

So if you were worried about the well being of your superstar, they are all alive and fine. This was a way of WWE possibly writing off Rey Mysterio and introducing a darker side of Aleister Black.

On the whole Money in the Bank was quite weird and fun, what are your thoughts on the event. How do you feel about Otis winning the event? Let us know in the comments section below.