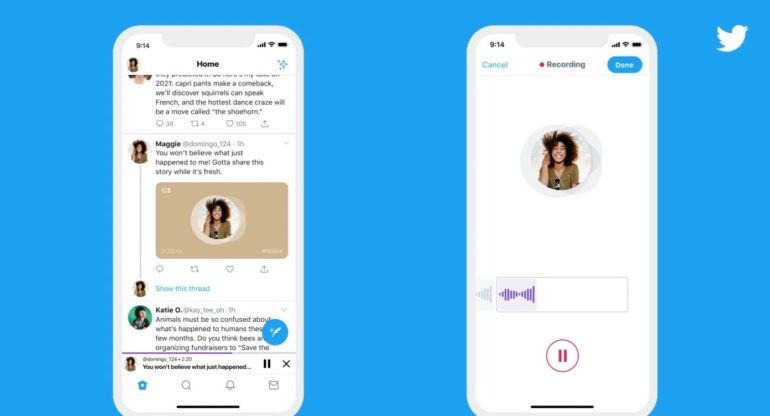 Twitter is rolling out a brand new feature of adding audio snippets to your tweets. For now, the new feature is only available for iOS users and is available only for a limited group of people.

The users who have got access to this new feature will see a waveform icon beside the camera icon and then attach audio not with their tweet. Voice tweets can be recorded of 140 seconds, and if you feel like more talking, another audio tweet will be composed and creates a thread.

Sometimes 280 characters aren’t enough and some conversational nuances are lost in translation. So starting today, we’re testing a new feature that will add a more human touch to the way we use Twitter — your very own voice.

According to twitter audio can be added on original tweets only, so you can not add audio tweets as replies or retweets with comment.

Audio has become a big trend on social networking sites. Spotify has been investing heavily in podcasts and acquiring new audio content. So it would be interesting to see how Twitter utilizes its introduction of audio features.

One thing is for sure that it is going to add another challenge for Twitter to fight online abuse, which was already prevalent on Twitter in the form of text. It is going to be much harder to figure out the content in the audio format.