The hottest, driest and lowest national park in California and Nevada 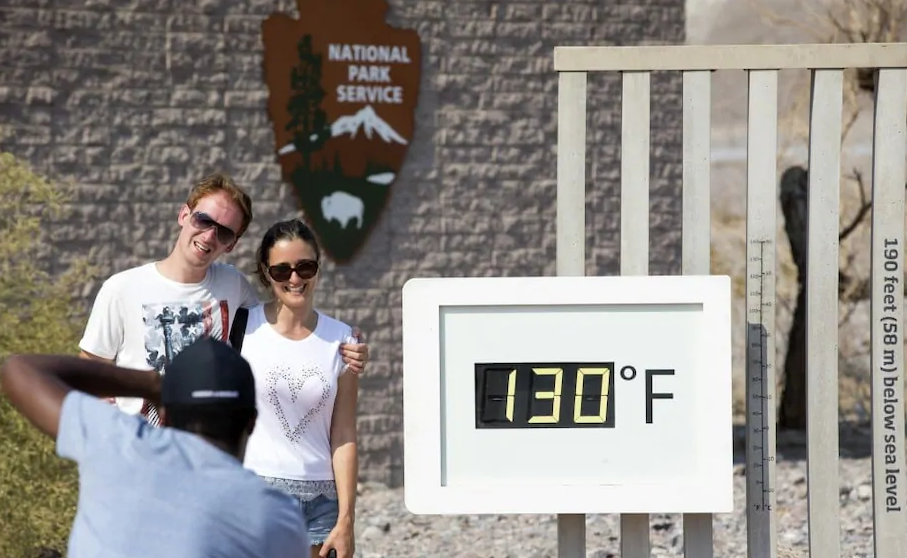 The temperature in Death Valley hit 130 degrees at 3:41 p.m. Sunday, the National Weather Service said
in a tweet.

Amidst a historic heatwave in the west coast, the mercury levels in the Death Valley, California, rose to
130 degrees on Sunday. This set a World Record for the highest temperature ever observed at this
time of the year.

If the readings are correct and verified, this temperature would be ranked in the top-three highest
temperatures ever recorded on this planet at any times; this would also break Death Valley’s earlier
August record by three degrees.

“Everything I’ve seen so far indicates that is a legitimate observation,” Randy Cerveny, who leads the
World Meteorological Organization’s weather and climate extremes team, wrote in an email. “I am
recommending that the World Meteorological Organization preliminarily accept the observation. In the
upcoming weeks, we will, of course, be examining it in detail, along with the U.S. National Climate
Extremes Committee, using one of our international evaluation teams.”

Death Valley effectively holds the record for the hottest temperature ever recorded on Earth, which is
134 degrees. This record was set on July 10, 1913. However, that measurement is very much in
question; a large-scale analysis of that report regulated in 2016 by Christopher Burt, an adept on severe
weather data, said it was “essentially not possible from a meteorological perspective.”

Considering the particular landscape and meteorology, the everyday readings from the diversified
research sites in that area of the desert Southwest are essentially always in drill with each other. But
amid the week the all-time record was set in 1913, while other sites were about 8 degrees above
normal, the Death Valley readings were 18 degrees above normal.

Nearly 60 million people in the US, from Arizona up to the US-Canada border, are under a heat advisory.