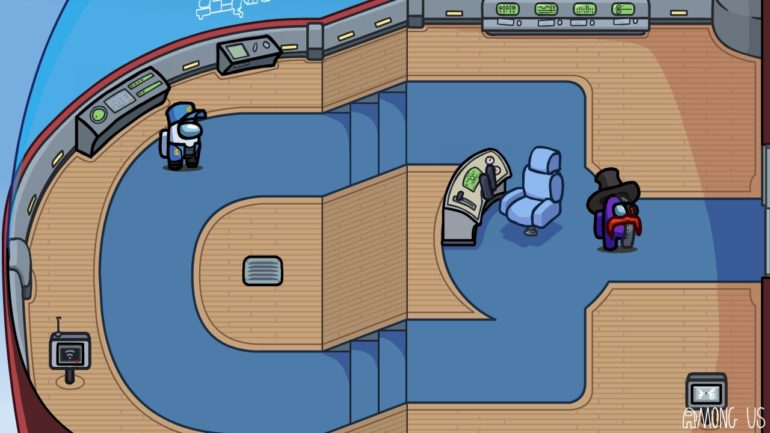 Among Us is getting a new map next month

Among Us developers InnerSloth has teased a new map from their newly established Twitter account. “Here’s a special look at the new Among Us map,” the developer tweeted, before hinting that more information would be revealed during The Game Awards on December 10th. Among Us is nominated for two awards at this year’s show, “Best Multiplayer,” and “Best Mobile Game.

The new map is set to be the game’s fourth, joining the three that are already available. Each has a different layout, and have big implications for how matches play out. The new screenshot doesn’t give too many hints about the overall layout of the unannounced map, but shows what appears to be a large cockpit area, complete with a few screens and an all important vent for imposters to use to get around. The existence of the new map was teased back in September, when InnerSloth said it would be “a Henry Stickmin themed location” in reference to another one of its games.

Among Us is a game which has gained immense amount of popularity in the last few months. Even Among Us has cancelled its sequel to focus on the current Among us.