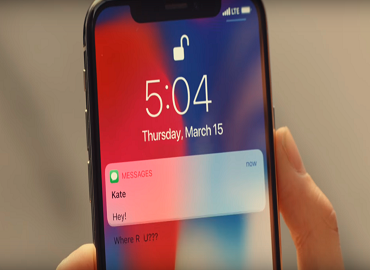 Apple unaware about the bug they showed in commercial

He even noticed this bug months ago and reported to Apple about this but It’s just one of many quirks in iOS 11, including strange UI problems in the Music app, regularly misaligned text in the App Store, vanishing docks, and rotation issues.

If you get your attention away from the commercial for a while you might miss the bug. You can find the bug at the end of the commercial when the text escapes the iMessage bubble. It’s a minor issue and easy to brush off, but the fact it’s captured in such a high profile commercial just further highlights Apple’s many bugs in iOS 11.

This is a small problem unlike the recent bug in Apple security. But even though this is a small issue, sometimes many bugs like this add up to a frustrating experience. There are signs that Apple is finally about to focus on reliability and performance in iOS 12 over new features, though. Reports suggest Apple is delaying some major iOS additions, and planning to root out bugs from its software.